photo by greenkoziThis mural is on 8th street between Chester and Henry in Prescott/Village Bottoms. The mural was painted in 2012 by Berj (B. Braley), Eric Giddings, Jimi Evins, A. Ash & J. Sweet. It features local legends Demetrius "Hook" Mitchell and Bill Russell- both McClymonds alums. 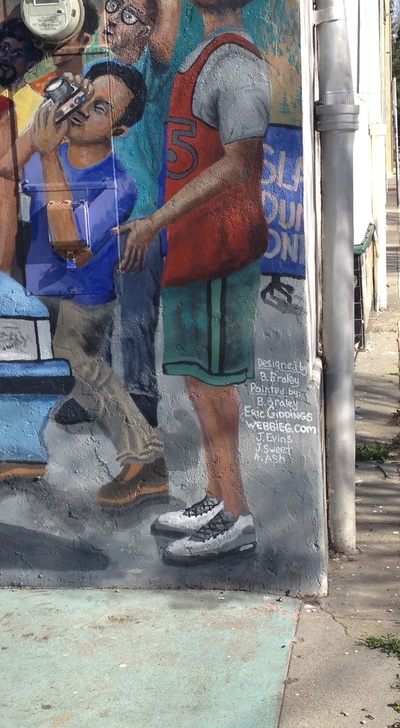