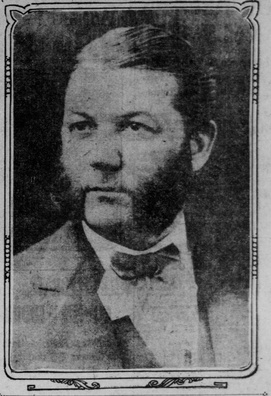 photo taken in 1870
San Francisco Call May 14, 1909Joseph Lewis Willcutt (July 9, 1829 – February 27, 1917) was an executive with the Central Pacific and Southern Pacific Railroads. His family lived in what is now known as the Hume-Willcutt House in West Oakland.

Joseph was born in 1829 in Boston, Massachusetts. He came to San Francisco in 1852. He returned to Massachusetts to marry his fiancée, Betsey Tower Willcutt (1828 – December 31, 1902) in 1855. They moved to California and had three children: Josephine ("Josie") E. Willcutt (Parker), George Beal Willcutt, and Harry Valentine Willcutt. The family moved to Oakland in 1875.

There are stories that Betsey Tower Willcutt was related to Teddy Roosevelt, but this hasn't been proven. 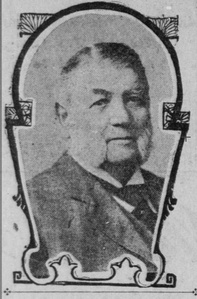 Willcutt was paymaster for the San Francisco and San Jose railroad company. 2

In 1881, Willcutt was a director and the secretary of the Southern Pacific Railroad Company, Los Angeles and San Diego Railroad Company, Monterey Railroad Company, Market Street Railway Company, Potrero and Bayview Railroad Company, and the Mission Bay Bridge Company. Fellow directors and officers included Leland Stanford, Charles Crocker, Charles F. Crocker, W. V. Huntington, and N. T. Smith. 3 At a stockholder meeting of the Central Railroad Company in 1887 were many of the same names, along with Timothy Hopkins. 1 Some of those names should look familiar, as they are members and descendents of The Big Four.

Willcutt retired from his streetcar interests in 1900. He intended to retire from the Southern Pacific Railroad about 1906, but the 1906 earthquake destroyed numerous records, and he remained on to re-create necessary documents. 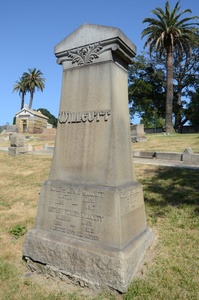 CC SA-BY Our OaklandWillcutt died February 27, 1917 and is buried in plot 14B in Mountain View Cemetery, along with Betsey and Josephine. Betsey had been in poor health in 1902, and died after a short illness in on New Year's Eve. Also buried there is a James Willcutt (1831 – 1895), from Cohasset, Massachusetts.