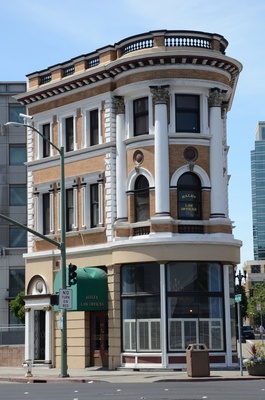 The Maclise Drugstore Building is a tiny flatiron building on San Pablo Ave. in downtown. It was originally built in the 1880s. During the Loma Prieta earthquake, it suffered significant damage. It was seismically retrofitted by Interactive Resources1 and is now the home of Haley Law Offices.

When the building was built, it wasn't tiny, it was huge: instead of looking small compared to everything else, everything around it looked very small.

On February 20, 1979 the Maclise Drug Store Building (spelling as per the City of Oakland) was designed Oakland Landmark #25, under Zoning Case #LM 78-652. The building is also listed on the California Historical Places,

On the back of the building is the serial People of Oakland Mural. 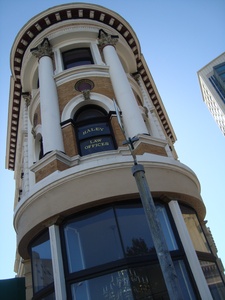 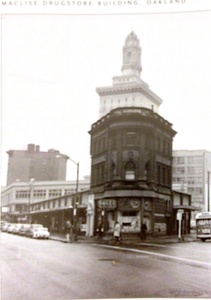 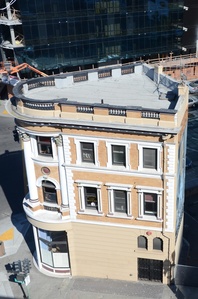 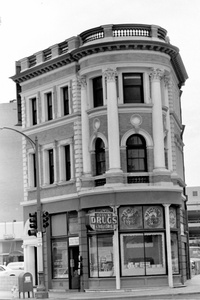