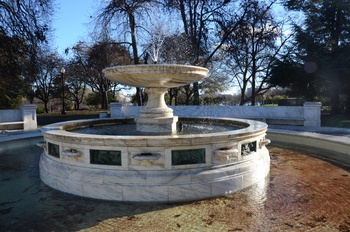 The McElroy Fountain was dedicated September 17, 1911, in memory of the four-time city attorney, John E. McElroy who died at age 39. It was constructed at a cost of $14,000, with $4,000 coming from private sources and $10,000 coming from the city of Oakland. The original plan for the park included a fountain, and after McElroy's death, it was suggested it be a memorial to him.

"This elegant marble fountain and basin, with bas-relief panels designed by famed sculptor Douglas Tilden, was erected to McElroy's memory in Lakeside Park, not far from his family home in the Adams Point neighborhood. It was the first piece of public art funded jointly by the city and by private subscriptions." -from Oakland, by Annalee Allen

In 2011, a group of citizens cleaned and repaired the fountain in preparation for its 100th birthday. 1 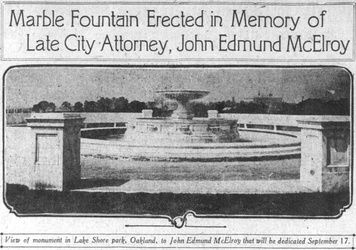 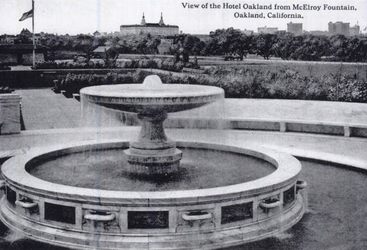 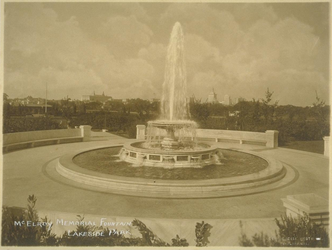 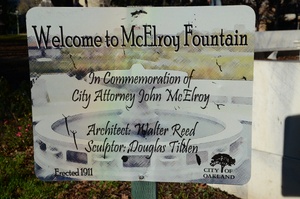 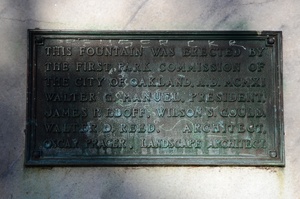 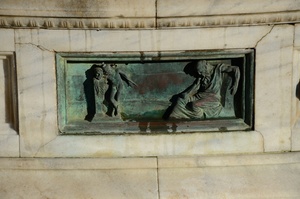 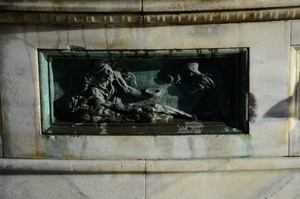 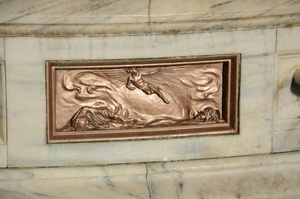 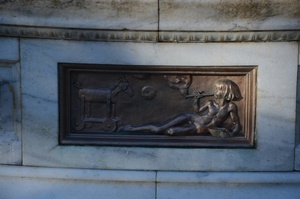 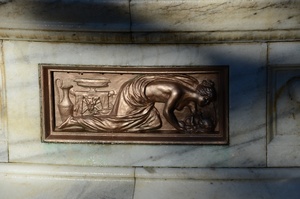 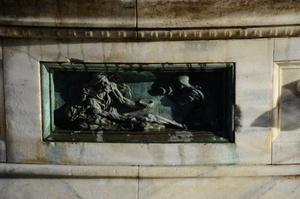