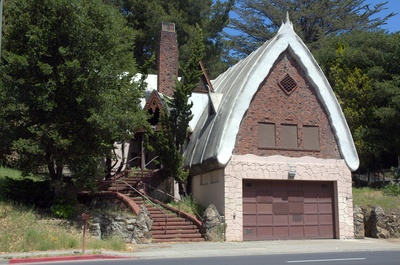 Montclair Firehouse
photo from Our Oakland

Montclair Firehouse is a City of Oakland Historic Landmark in the Montclair district. It was built in 1927, and although many people attribute its design to Julia Morgan, it was designed by Eldred E. Edwards of the Oakland Public Works Department. In the 1920s more people were moving to the Berkeley and Oakland hills, and there was a devastating fire in the Berkeley hills in 1923 (the "Wildcat Fire"). The construction of the Montclair Firehouse was in response to that.

It was closed after the 1989 earthquake because of seismic safety concerns. The Hayward Fault runs nearby (basically down Moraga Avenue and Highway 13), and the brick structure needs extensive work to be made safe again. It was replaced with nearby station #24. There was a group that hoped to convert the structure into an Oakland Fire Department history museum, but the cost of retrofit work prevented that from moving forward. 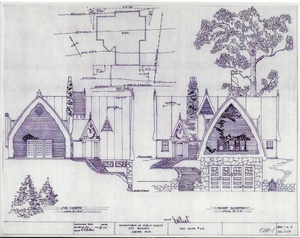 "This is the first page of the blueprints for the building of Engine 24 in Montclair, dated Feb. 28, 1927." Shared to Oakland History Facebook group by Roger Bird. 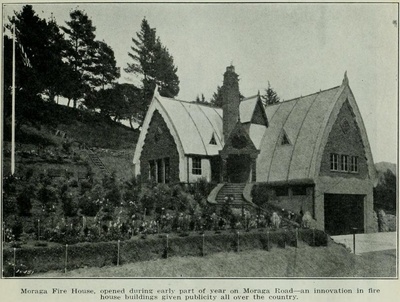