Before The Montclarion newspaper rolled off the presses in 1944, there were two earlier editions of the paper. The Montclair Garden Club published a newsletter called the Montclair Clarion in the early 1930s and the  Montclarion.

The later was put out by Montclair realtor Paul Pause and his wife Beatrice "Bea".  The first issues were printed on mimeograph machines.  It was printed from about 1937 - 1942.

In 1942 due to WWII and the rationing of paper, it ceased publication.

Recently Chris Tredway posted these earlier issues of the  Montclarion in the Forgotten Montclair group on Facebook. 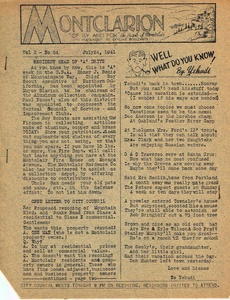 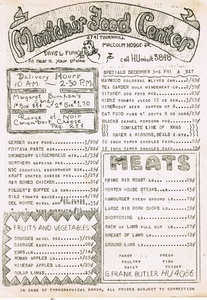 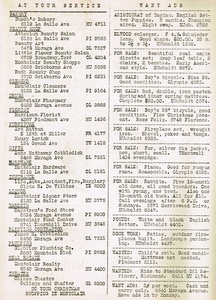 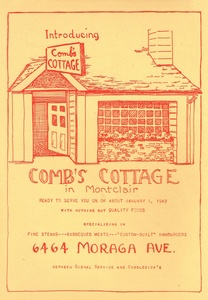 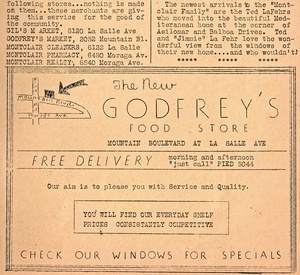 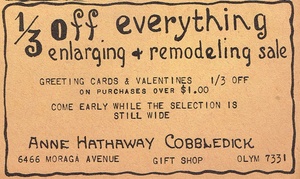 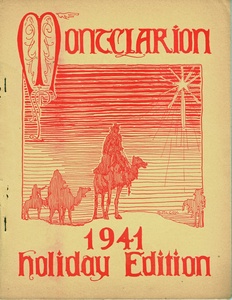 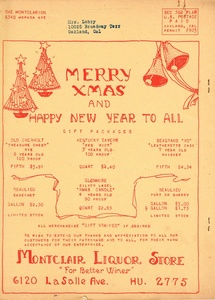 Back of 1941 Holiday Edition