Anthony McMillan was on the board of directors until his death in 1921. Joseph R. Knowland was elected to replace him. 2 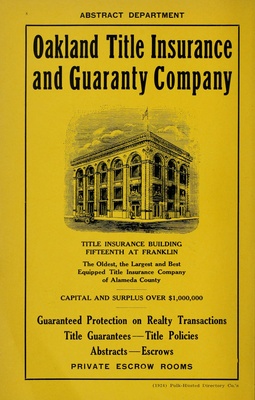