Peralta Junction was a pop-up carnival in West Oakland that was held in 2012 on a triangular vacant lot bounded by Mandela Parkway, 20th Street, and Peralta Street, just south of West Grand Avenue.  The carnival's run began on October 3, 2012, and the final events were held on November 25, 2012 (events originally scheduled for November 29 and 30 were cancelled due to a forecast for heavy rain).  No future plans have yet been announced for the site.

See pictures of and information about the art at Oakland Art Enthusiast. 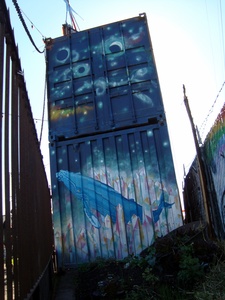 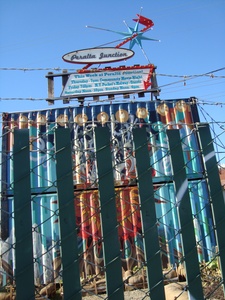 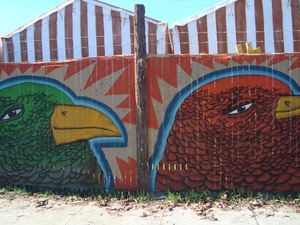 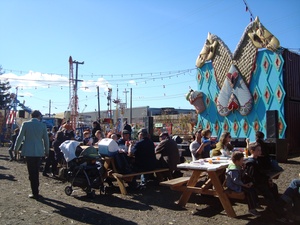 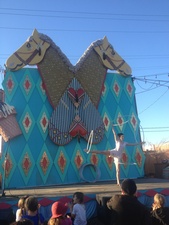 The lot when it's not Peralta Junction...

But there are still murals on the side of it (including the "Gentrification is not Sustainable" mural which gets its own page): 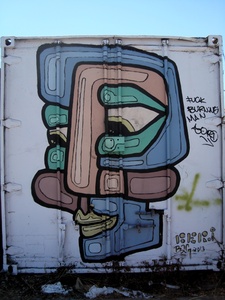 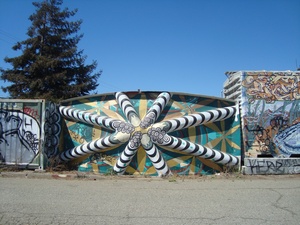 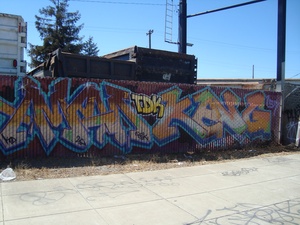