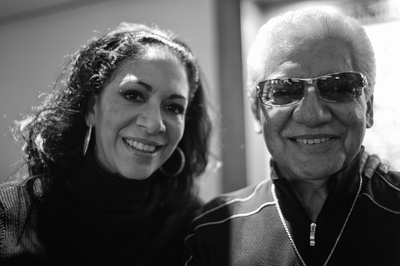 Pete Escovedo has been a major force in Latin music since the late '60s, and his versatility has resulted in success in several areas of music, from Latin jazz and salsa to rock and Latin pop.

Growing up in Oakland, California, Escovedo was surrounded by music throughout his childhood. His father sang with some Latin big bands. Pete played the saxophone in high school and soon switched to vibes.

When pianist Ed Kelly needed a percussionist, Escovedo found his calling. He and his younger brother, the late Coke Escovedo, both developed quickly as percussionists and became greatly in demand for gigs in Northern California. With their youngest brother Phil Escovedo playing bass, the Escovedo Brothers Latin Jazz Sextet was formed. The group broke up in 1967 when Carlos Santana hired both Pete and Coke for his Latin rock group.

After touring with Santana for the next three years (he has rejoined him a few times since), Pete and Coke founded the 14-piece Latin big band Azteca, recording two albums for Columbia. When the band grew to 24 members, it became too expensive to keep together, although the music was quite impressive.

Since that time, Pete has performed in a countless number of settings including with such notables as Herbie Hancock,& Woody Herman, Cal Tjader, and Tito Puente, among many others.

Escovedo started using his daughter Sheila E. as a drummer in the mid-'70s when she was still a teenager; they first recorded together in 1976 with Billy Cobham and have worked together many times since.

Since Azteca, Escovedo has also frequently led his own Latin jazz band, sometimes also including his other children Juan, Peter Michael, and Zina.

Pete Escovedo has recorded as a leader for Fantasy (co-leading dates with Shelia E.) and Concord (including their Crossover, Picante, and Vista subsidiaries). 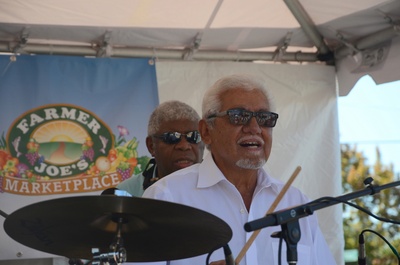 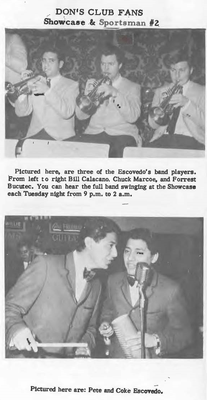