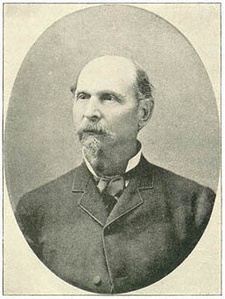 General Ralph Wilson Kirkham (February 20, 1821 – May 23, 1893) was one of the founders of Mountain View Cemetery, and the husband of Kate Kirkham, who founded the Fabiola Association.

Ralph was the son of John Butler Kirkham who fought in the American Revolution and the grandson of Henry Kirkham who fought in the French & Indian Wars. He had a long military career, graduating from the U.S. Military Academy in 1842. From 1844-1846 he served as a 2nd lieutenant while stationed at Fort Gibson in the Cherokee Nation in Oklahoma. He fought in the Mexican War, where he was wounded in the battle of Molino del Rey, September 8, 1847 and promoted to captain on September 13, 1847. He served in the Civil War as a quartermaster, the Major Chief Quartermaster of the Department of the Pacific. Before leaving the service, he received a brevet promotion to brigadier general.

He retired from the military in 1870, and became a prominent businessman in Oakland. He was one of the founding members of the Union National Gold Bank (later Union Savings Bank) and began buying real estate. He purchased much of what became Oakland, and sold land to settlers while donating land for railroads, churches, hospitals, parks, and the county seat. Ralph was one of the founders of Mountain View Cemetery and served on their Association for years. 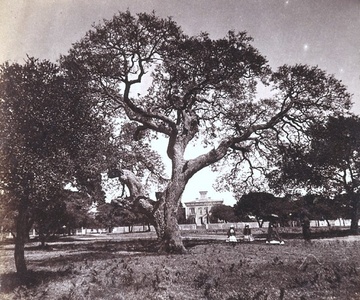 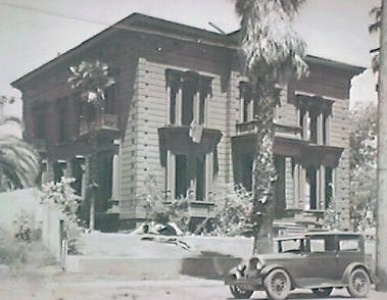 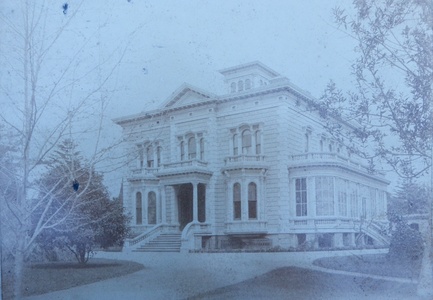 Kirkham residence (Kirkham family archives)
There is a lovely account of the graceful Kirkham residence attached on the back of the Oakland Museum photograph above by Hilda McElrath Bangs entitled Progress takes another old landmark of Oakland which was probably written shortly after the house was demolished in 1936:

"On the southwest corner of 9th & Fallon Sts. an old red house with very high plate glass windows, such as are rarely seen nowadays, has fallen into the hands of the wreckers. The old red house to which I refer was built about 1863 by Gen. Ralph G. Kirkham as a home for his wife and four daughters. Kate Kirkham (Mrs. P.L. Wheeler) of San Francisco, is the only surviving member of the family. Leslie (Mrs. Yard Beller), Marie (Mrs. Safford), and Julia (Major Davis' wife) were the other three daughters.

Mrs. Davis was the most intimate friend of my mother Elsie Alden, who was bridesmaid at her wedding in the early seventies. The house has been owned and lived in by only two families in 73 years. Mr. James Smilie bought the place about 31 years ago. His two daughters are Effie, (Mrs. Phillip Huffman of Fresno), and Mary (Mrs. Alden McElrath) of Oakland.

The old Smilie house as it is known to the present generation, was a house of 16 rooms with a garret and not much of a basement, just enough to care for the modern furnace which was put in only a few years ago. The house was brick to the second story and then covered with wood. It is thought that the earthquake of 1868 caused great damage to the building. On the back of the property was a well dug in the early days and which has served as the water supply all these years. There was an old tank house and not many years ago a windmill was atop it.

On entering the house one was impressed with the high ceilings, 15 feet high, the hallway was a most imposing entrance, the front doors themselves were walnut. The winding stairway at the rear had a balustrade of solid walnut, and just under the stairs was a fine old organ used at all the weddings of the families and still in perfect condition when it was given as a gift to the Oakland Museum. To the right of the hall were the library and the parlors, with their walnut book cases, and white marble mantle. The parlors were small but pleasant. On the left was the large drawing room and dining room.

One entered to all these rooms through doorways 13 feet high and hung with beautiful mahogany doors, done in panels and around each panel another panel with the grain running in the opposite direction. The walls and ceilings of the dining room were done in fresco work by some Italian artist. The white brass chandeliers were brought from Europe and were hung from medallions of beautiful design.

It might be of interest to know the the DeYoung Museum bought the chandeliers and the medallions to be used in a Victorian room they are making and would have liked the organ. Each one of these rooms had a mantle of white marble over which was hung a mirror in a gilt frame. The mantles were of beautiful design and would be an addition to the modern home.

The frescos in the ceilings were done on a canvas and were removed to be framed, the soft blues and pinks with other shades were outlined with a narrow moulding in gilt over silvre, and for that reason the gilt has remained bright all these years. On the south side of the house were some lovely iron balconies, in the first floor they were in a half circle and on the second floor were straight across the windows, and gave the place an air of aristocracy which was justly due.

The fourth generation has moved to more modern homes, but will always have fond memories of the big rooms and high ceilings and the long winding stairway with the hand rail where all took a turn at sliding down the "banisters". They remember the dark garret which had no lights except from little round windows which were stationary, the old tank house, the "well hold" in the center of the ceiling of the "front hall" which looked to the florr above where more lovely frescos were to be seen, and above all the memories of holiday parties when all the cousins and aunts and uncles gathered to sit at one long table in the huge old dining room and later to have Christmas carols in the drawing room where a grandmother had been a bridesmaid in years gone by." 3

Ralph died May 23, 1893. Ralph and Kate are buried next to each other in the family lot in plot 6 of Mountain View Cemetery.

Also buried in the plot is daughter Leilah Kirkham (Yarde-Buller). 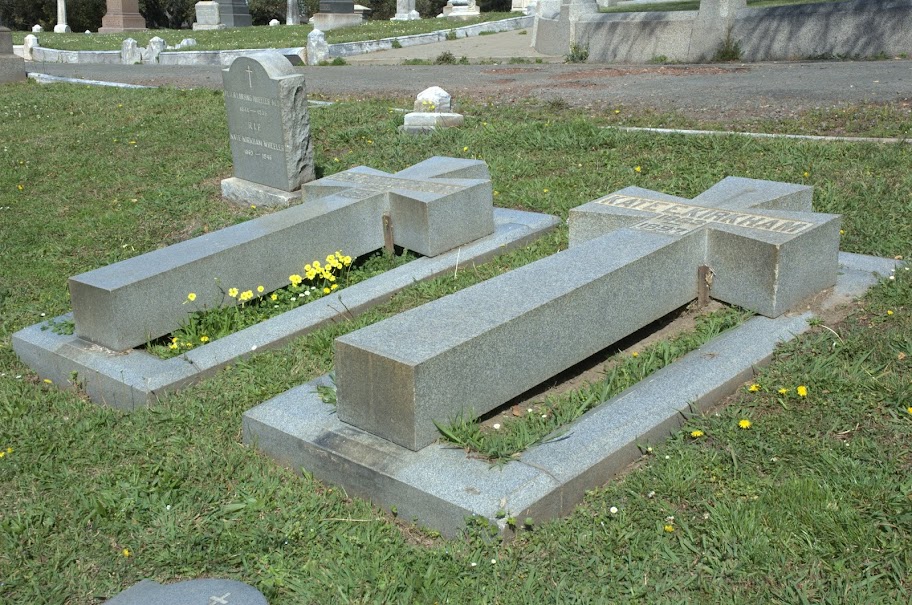 graves of Ralph and Kate Kirkham
photo from Our Oakland