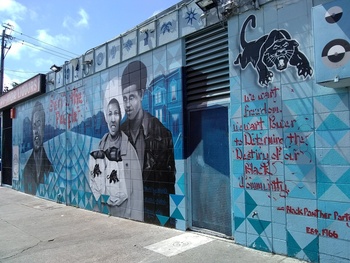 The Serve the People mural is a mural featuring the Black Panther Party, and was painted by Refa One and Batsh Lo. The mural is on the side of the Sav Mor Liquor Store at 14th and Peralta.

The mural was painted in 2017, after several murals had been painted by outsiders. It's notable also because it's the first Black Panther Party mural in West Oakland to be painted by black people. 1 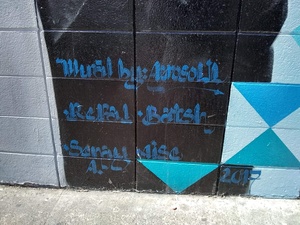