This page is for The Parkway Theater (original/historic). Looking for The New Parkway?

The Parkway Theater is a local landmark, a 1920s-era movie hall at 1843 Park Blvd. In the Reagan years it was a great, cheap place to watch horror flicks and hear the (predominately black) audience loudly cheering … for Jason, Chucky, or the Leprechaun! Years later, it became more family-friendly and offered more of a pizza-and-beer environment.

The Parkway first opened in September, 1925. It  closed in 2009 after a string of disputes with the theater’s landlord and a failed expansion that led the Parkway’s initial owners to briefly open a second theater in El Cerrito.

But the theater found a new location, and has been reborn. Managed by New Parkway Entertainment LLC, a group of 56 investors, the new theater continues the same concepts that made the original Parkway’s last incarnation so popular with the community: cheaper tickets, second-run features, couch seating and food and beer brought out to patrons. (See The New Parkway for more info.) 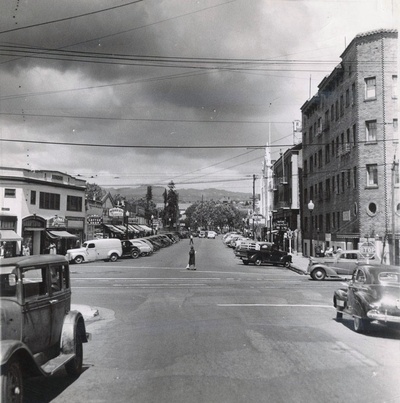 Park Boulevard at East 18th St. lined with cars and Parkway Theatre marquee on the right (1945) 1

Dennis Evanosky’s site has a nice c. 1920 photo of the place. 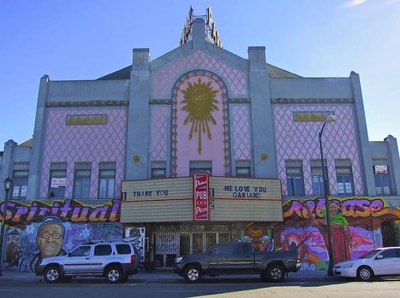