Several of their daughters never married and so the house was lovingly known as the "Aunt Hill" due to the maiden aunts who lived out their lives in the home.

When the last of the unmarried daughters died in 1968, the youngest son, Donald de Fremery, had the home demolished because the family did not want the beautiful old home changed into "slum apartments." 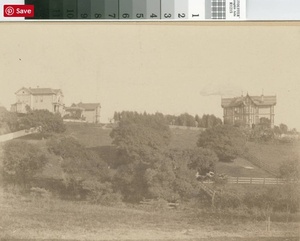