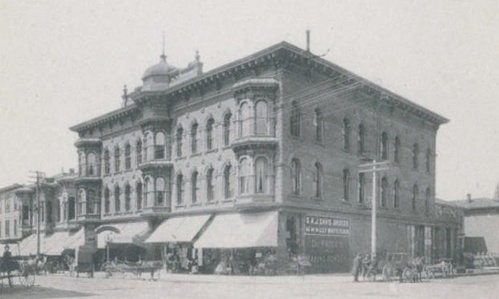 The Winsor Hotel (aka Winsor House) appears to have been a residential hotel and/or boarding house for both men and women in the 1880s and 1890s. A broad cross section of individuals stayed there, from a traveling salesman, a bookkeeper, a clerk, a telegraph operator, an attorney and a capitalist. In 1887 F. A. Wilder was the proprietor of Winsor House, which was located on the SW corner of 9th and Washington Streets, Oakland.

This was the building that now houses Ratto's and other businesses. At some point the dome on top was removed. 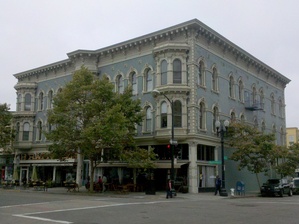 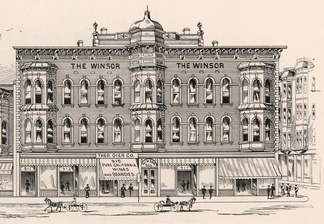