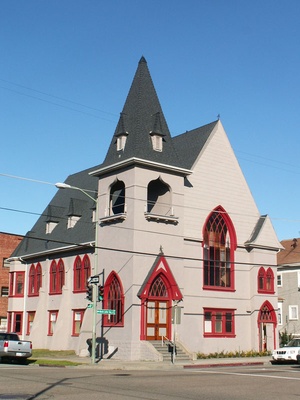 On the sidewalk next to the church is a 10,000 Steps marker for Mother Mary Ann Wright, who fed the needy in Lafayette Square Park across the street for many years.

St. Paul's Swedish Lutheran Church was organized January 23, 1887 under Pastor A. M. Leveau and the first church building was at 9th and Clay. In 1898, Pastor August J. Rodell came to the congregation. A new church was built at 10th and Grove (MLK) Streets, and was dedicated in 1901. 3 (The cornerstone of the building says "Lutheran Church 1900 A.D.".)

On December 7, 1906, August J. Rodell, died suddenly of a stroke. Rodell lived nearby at 911 Grove (MLK) with his wife, Josephine Rodell and his daughter Ruby Rodell. 2

In 1920,  Rev. C. Arthur Johnson became the pastor. There was some conflict between members of the church. Many Swedish-born wanted to keep their mother tongue, while many American-born wanted sermons in English. Johnson solved the problem by alternating Sundays between Swedish and English. 3

The church purchased land in the 1930s, completed a building and moved to Glenview in 1949. It is now known as St. Paul Lutheran. 3 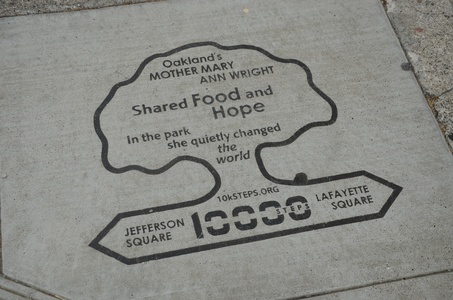 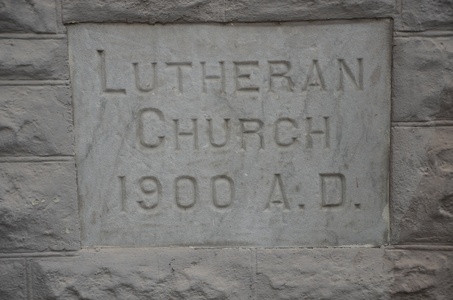 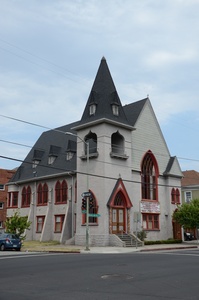 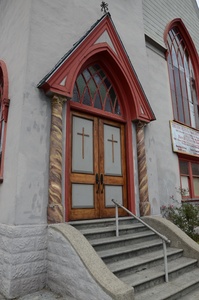