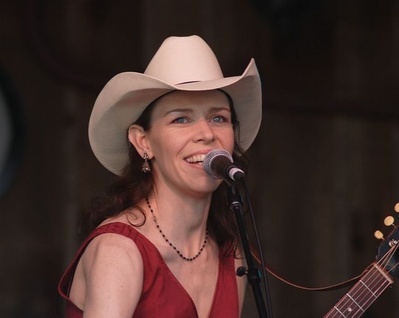 Performing in 2007 at MerleFest

Gillian Welch is a Grammy nominated musician who graduated from UCSC with a BFA degree in Art. During her time here locally she played bass in a goth band and drums in a surf band. Also while in Santa Cruz Welch became interested in Bluegrass music, and she began to play with the local band Harmony Grits. Together they hung out at Sluggo's Pizza at Porter College.