Also called Pacific Coast Highway, Cabrillo Highway, and California State Route 1, this highway runs along the California coastline. Much of Mission Street is actually part of Highway 1, which adds to the already voluminous amount of traffic that crosses through that area every day. Intersecting streets on Highway 1 outside of city limits often show "Cabrillo Highway" as the crossroad.

Webcams from CalTrans for Highway 1 in Santa Cruz, appear on the CalTrans web site: 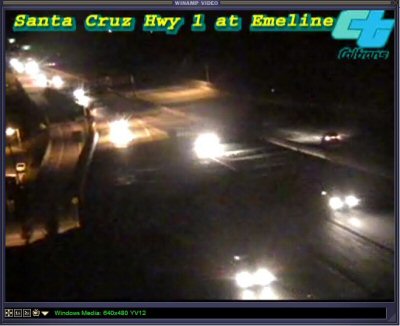 There are web cams along parts of Highway 1 listed at the website Cruz511.org. 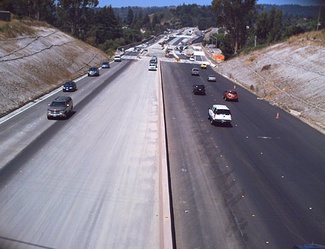 Highway 1/17 Merge Lanes Project: The main construction phase of the project was completed before the end of September 2008; way ahead of schedule because of the unusually dry weather conditions.  The landscaping phase continued for another 2 years. 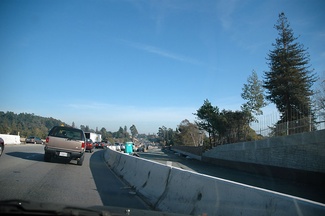 Southbound during the widening project in 2007.

Highway 1 - Soquel to Morrissey Auxiliary Lanes Project: The purpose of the project is to improve traffic conditions for lane changes and merges on Highway 1 between Soquel Avenue and Morrissey Boulevard.  This includes the replacement of the La Fonda Avenue overpass, which will begin on August 6, 2012, and will continue for about 7 months.  The bridge was closed beginning August 6, when the part of the bridge going over the southbound side of the freeway gets demolished.  The southbound direction of the freeway was completely closed for two nights for the removal process.  The same process  occured for the section of bridge passing over the northbound direction of the freeway during the two nights of August 13 & 14, 2012.  Construction started in February 2012, and completed by Autumn 2013.

Officer Albert Donald Hoover was killed in a motorcycle accident while on patrol. Another vehicle turned off of a cross street, striking his bike at Slaughterhouse Curve, which is now Soquel Drive near Commercial Way. He was the first officer killed in the line of duty in Santa Cruz County.

Officer Pedro, who had only been on duty for 14 minutes, turned on his emergency lights and accelerated onto an exit ramp from Highway 1 near Watsonville. As he did so, his patrol car went out of control and overturned several times before striking a tree. 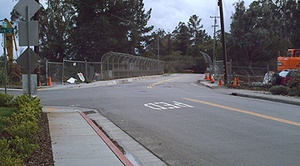 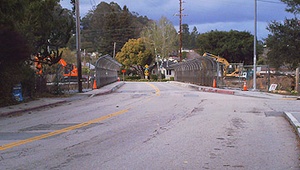 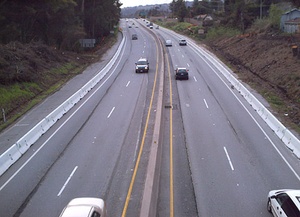 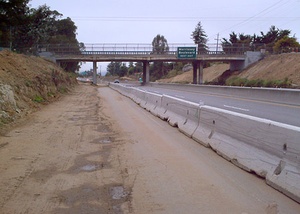 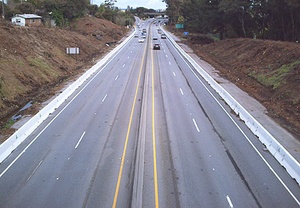 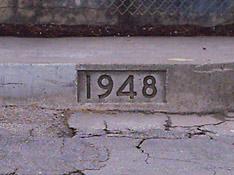 A date embossed in the curb of the La Fonda Avenue overpass showing year of construction.