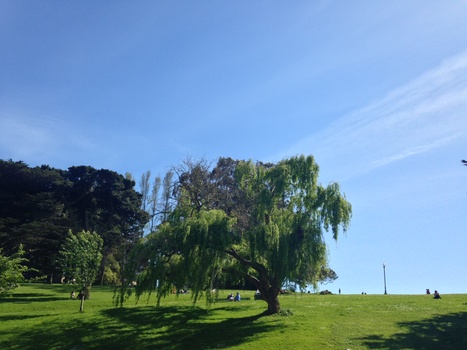 The side of Alamo Square Park, viewed from Fulton. Photo 2014.

Alamo Square park is a nice, small park that has a good view of Downtown San Francisco. It is perhaps most notable in popular culture for being featured in the opening credits of the 80's TV show Full House. This is where you can find the famous "Painted Ladies".

The Neighborhood surrounding the park is often referred to as "Alamo Square," as well as NOPA and Western Addition. 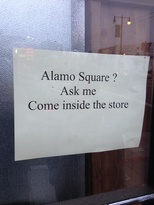 A literal tourist trap! Found on the window of a liquor store on Divisadero.Alamo Square park is a big tourist destination, and for years lots and lots of tour buses would pull up alongside the park.  In 2013, a group of residents successfully campaigned to have tour buses banned from the region directly around the park.  This doesn't seem to have affected the park's allure as a tourist destination at all, but it has confused a few tourists who can't seem to find the park without the aide of a trusty tourist bus (see photo on right). 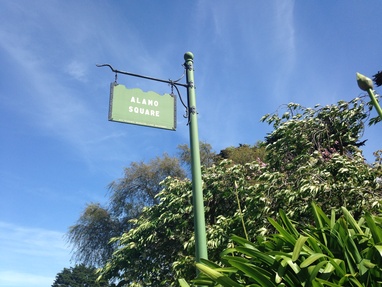 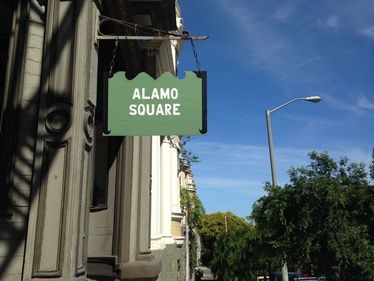 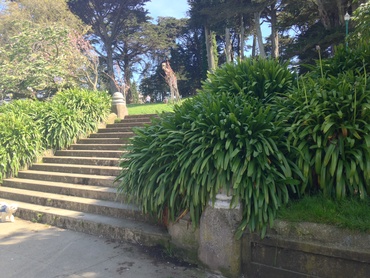 Stairs leading up to the park from the Fulton side.