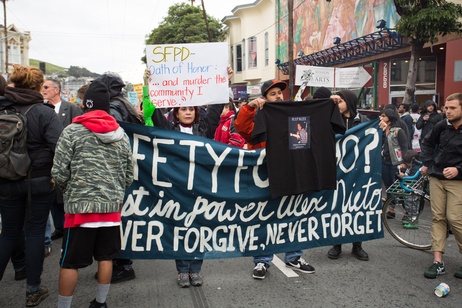 Alex Nieto was a 28 year old City College student and security guard who was shot and killed by the San Francisco Police Department at around 7:30pm on March 21st, 2014 while in Bernal Hill Park.  Alex was a Bernal Heights resident and grew up in the neighborhood.

Alex's death sparked a wave of discussion about the possible role of gentrification on the police department's response, as Alex was Latino in a neighborhood quickly undergoing gentrification.  In the first statement issued by the SFPD, on March 21st, it was said that officers arrived in response to "911 calls of a male subject with a gun" and that police had "encountered a male subject with a weapon."  During an interview with the Chronicle, Deputy Police Chief Lyn Tomioka said that Alex "appeared to draw a weapon."

Alex's friends and witnesses suggested that he was carrying a stun-gun used in his work as a security guard, as he had just completed his shift.  Records indicate that Nieto had a current permit to carry a baton. 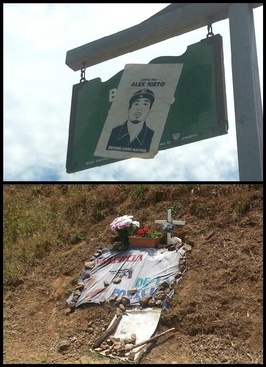 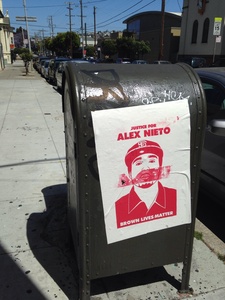