Bernal Heights is a hilly neighborhood that lies to the south of the Mission and Potrero Hill and to the north of the Excelsior. Its main drag is Cortland Avenue, which is home to many little shops and cafes.

Construction in Bernal Heights didn't take off until after the 1906 Earthquake, when most of the city was destroyed. Bernal Heights had few or no gas lines and stood on a much more stable bedrock than in the surrounding areas, and therefore was spared from fire and other damage following the earthquake.

The neighborhood was voted as "The Hottest Neighborhood in the U.S." in 2014 by Redfin.

There are four parks in Bernal Heights, of which the former two offer spectacular views: 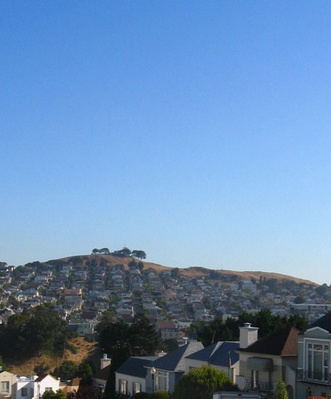 Some businesses that can be found in Bernal Heights are:

There is a website about Bernal Heights operated by the Cortland Merchants Association.