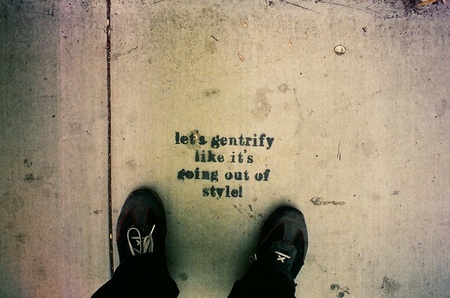 Let's gentrify like it's going out of style. Sidewalk bomb appeared 2007 in the Mission District.

Gentrification is when a low-cost, deteriorated neighborhood undergoes a physical change and turns into an upper-class, high-society area. It leads to higher property values and displaces previous residents who can no longer afford to live in their old neighborhood. 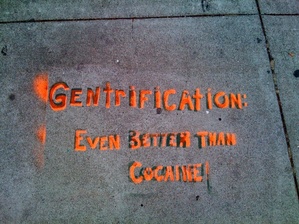 Gentrification: Even better than cocaine. Seen around the Mission, 2008. 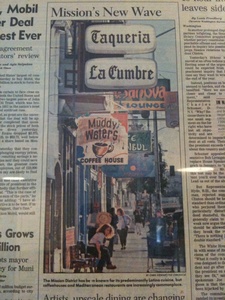 A newspaper, hung in Muddy Waters, talks about an older wave of gentrification in the 90s.