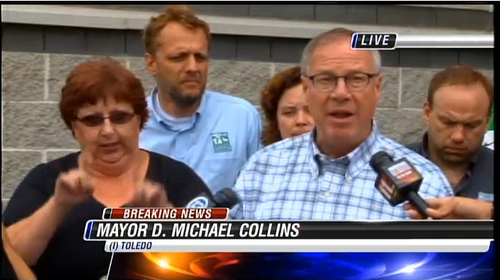 Collins has served as a Toledo police officer, union president, and most recently as a city councilman. He takes on a new role leading the Ohio's fourth largest city.