An overlooked option for a mini get-away.

Lake Erie is the incubator for the Great Lakes – the canary in the coal mine lake.  Invasive species like the quagga/zebra mussels prospered first in the shallow water in the western basin of Lake Erie and Lake St. Clair.  The recent VHS outbreak of so called fish flu began in Maumee Bay in the western basin.  Lake Erie was said to have died in the 1970’s highlighted by the Cuyahoga River burning and has since been the ‘comeback lake’.

Lake Erie is an amazing lake and there is a tale to be told by its rivers too.  Lake Erie is the shallowest of all the Great Lakes and has more consumable fish than all the other Great Lakes combined.  Lake Erie’s great fishery supports 10,000 jobs per year and boost the economies by over $1 billion annually.  Lake Erie is the Walleye Capital of the World – people come from all over the world to fish these waters. 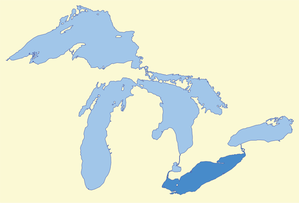 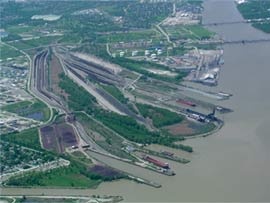 According to the Ohio Lake Erie Commission‘s report of 1998, there are 31 lake-fed water treatment plants on Ohio’s North Coast, and none of these plants has measured contaminants that exceed drinking water standards.

It is estimated that over eight billion gallons of sewage were dumped into Lake Erie & its waterways in the Lake Erie Basin in 2004(PIRG) The report estimates that this is the equivalent of 2 billion toilet flushes into the drinking water source for 11 million people.

Untreated sewage contains health threatening bacteria, viruses and parasites such as E. coli, Salmonella and Hepatitis A. Exposure to these pathogens through ingestion or contact via the eyes, ears or skin can cause a host of illnesses including but not limited to gastrointestinal illnesses, Infectious Hepatitis, damage to the liver, kidneys and spleen and even death. Children and the elderly are the most vulnerable to exposure to the bacteria.   Nutrients from sewage are also a likely contributor to the dead zone in Lake Erie.

Ohio PIRG’s report also reveals that in 2004 the monitored beaches along the Lake Erie shoreline failed to meet criteria for primary-contact recreation, including swimming on 16% of the assessed days. Using E. Coli as the indicator for swimmable beaches, health advisories or warnings were issued for 271 days in 2004. This was an increase from the 255 beach advisory days in 2003 and the 227 beach advisory days in 2002.

Ohio PIRG’s report analyzes eleven out of the 53 CSO communities in the Lake Erie Watershed Basin, and reveals that these eleven communities discharged over eight billion gallons of untreated sewage to Lake Erie and waterways that feed into Lake Erie, in 2004 alone. Combined sewer systems attempt to treat rainwater and sewage. During moderate to heavy rainfall the combined systems take in more wastewater than the treatment plants can handle. When this occurs sewage either gets backed up, or is diverted away from the plant directly into a local waterway.

Of the eleven communities surveyed in the report, The Northeast Ohio Regional Sewer District (NEORSD), Toledo and Akron were the biggest offenders dumping over seven billion gallons of sewage into Lake Erie and waterways that feed into the lake such as the Cuyahoga and Maumee rivers (see Table 1 on page 10 of the report for the complete list of communities surveyed).  Since this report Toledo has invested in upgrades, under court order, that have reduced the outfalls.