Until its demolition to pave the way for the future opening of Menard's Home Improvement store, perhaps the most well-known former shopping plaza in total limbo Downriver was "The Plaza" at Eureka Road and I-75, just east of the former Gibraltar Trade Center. 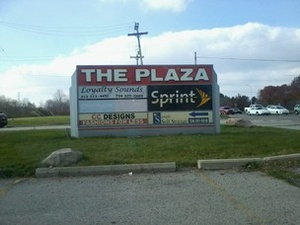 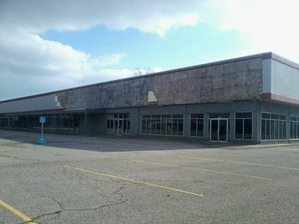 Two entire generations of residents may not have realized this plaza, at one time, was bustling between the completion of Interstate 75 in 1967, and the constructions of Southland Mall (1970) and Meijer Thrifty Acres (1977).  The last tenants, Concentra and Loyalty Sounds, departed in 2013.

As part of the urban renewal of this section of Eureka and I-75, The Plaza was demolished at the same time (late 2015) as the Gibraltar Trade Center to make way for the 2017 opening of Menard's. Incidentally, both properties are owned mostly by James Koester.