Praveena Jayabal Ramaswami is a community volunteer who was appointed to the Ann Arbor park advisory commission in November 2014.
She is Community Connector and Consultant with her company, MamaSwami Connects. 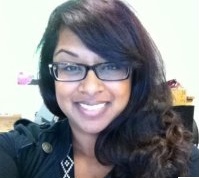 Currently (2015) Ramaswami serves on the boards of the Ann Arbor Art Center, and is Board President for the Thurston Community Players. She is also involved in fundraising for the Thurston Nature Center.

She is married to Madhan Ramaswami, an Engineer at the Toyota Technical Center. The couple has two daughters, Meera and Leela . The family lives in the Thurston neighborhood on Ann Arbor's Northeast side.

Nov. 17, 2014: Is appointed by the Ann Arbor City Council to replace Graydon Krapohl on the Ann Arbor park advisory commission, following Krapohl's election to city council in November 2014 to represent Ward 4. Ramaswami's term on PAC runs from June 1, 2014 through May 31, 2017.

January 2014: Joins the board of the Ann Arbor Art Center, a nonprofit teen center located in downtown Ann Arbor. Serves as Education Chair and as project lead to remodel staff office spaces.

2013: Serves as Community Coordinator and Connector for NE Ann Arbor with “The Bromley Buzz” Group and "A2 on the Northside".

April 2011: Joins the board of the Thurston Community Players as President and Art Director.

March 1, 2010: Is honored – along with her husband, Madhan Ramaswami – with a mayoral proclamation at the Ann Arbor city council meeting for their work at Bromley Park. The couple adopted the park near their home and have organized biannual events to remove invasive plants, plant flowers and clean-up the park.

2008-Present: Serves as Bromley Park Steward for the Natural Area Preservation (NAP) with the city of Ann Arbor.

2001-2008: Works in various  positions for the Toyota Technical Center in Ann Arbor.