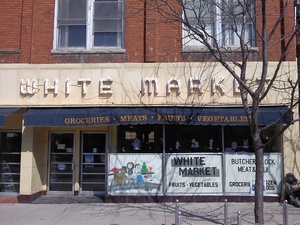 It is notable for its large metal "Coca-Cola" sign on the outer east wall.

The market was one of very few relatively full service markets close to campus; in addition to the usual fare of chips and pop, you could buy meat and produce here.