Some of the crowd at the city fireworks, 2003 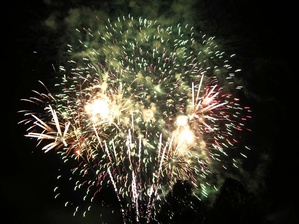 Every 4th of July the city of Davis puts on a fireworks display in Community Park (roughly around F and 14th streets). The fireworks begin around 9:30pm, culminating a day of festivities. There is also skydiver just before sundown, usually from Skydance skydiving

The Public Skate Park is usually closed as soon as the sun goes down because the large overhead lights will be disabled. Also note, that while most of the time one is not required to wear a helmet in the skate park, police give out tickets to those who don't wear them on this day.

You can read about the exciting July 4th events on the City of Davis web page.

Dos Coyotes is usually a major sponsor of this event 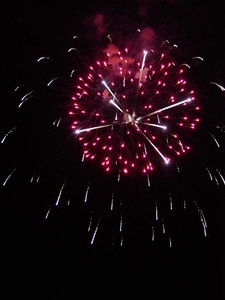 During 2010, due to construction at Davis High School, there were be a few changes. Here is the information from their website:

Community Park lawn seating and the location of the entertainment stage will change this year as a result of construction work at the Davis High School football and track stadium. The fireworks launch site will be moved away from the stadium so that fireworks fallout does not affect the all weather track and field. As a result, the grass seating area west of the Community Park bike path will be smaller in 2010. The entertainment stage will move from its traditional location near the oak tree to the northwest corner of the Community Park main soccer field. The parking lot along Covell Boulevard next to Community Park will be closed to the public and used for Fourth of July entertainers and event support. 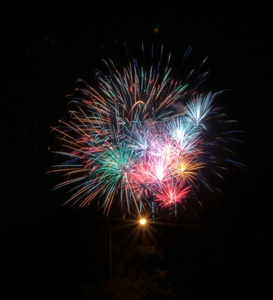 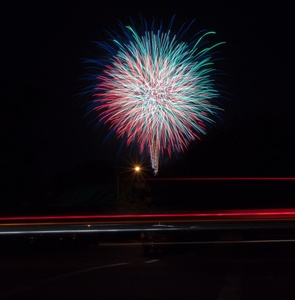 Add your photos or stories!