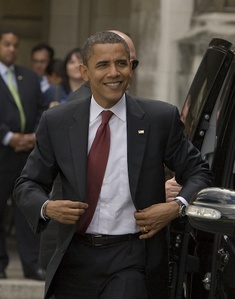 Gettin' down to business

Students for Barack Obama is the official student wing of the Obama for America campaign. We're a national organization of high school, college, graduate, and law students united by a common mission—to change American politics by helping to elect Barack Obama President of the United States.

UC Davis has a very active Students for Barack Obama group. They have canvassed, phonebanked, volunteered, and registered voters on campus and around the country. UC Davis SFBO has sent interns to Philadelphia in the weeks leading up to the primary in Pennsylvania. They traveled to Portland for the Oregon Voter Registration Drive in April.

They also sent Ryan Loney to the 2008 Democratic National Convention in Denver as a Congressional Level Delegate for our Congressional District.