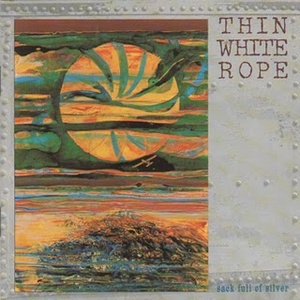 A significant Davis band formed in 1984 and disbanded in 1992, Thin White Rope produced some of the most powerful music of the late eighties and early nineties... a significant band in alternative music. Critically acclaimed by indie media, Gavin Report, and noted as a musical influence upon bands that followed. Guy Kyser continues to work at UC Davis. Members of the band used to live at 616 Anderson Road and put on lots of house shows.

They have one of the greatest write ups ever at Rollingstone.com.

And a more extensive one at allmusic.com

Their song Hidden Lands, was the first track of the 2010 fundraiser collection Audioversity in the Little Tomato, and can be heard here.