The Pirate Ship (aka The Pirate House) was known for its amazing theme parties (e.g. James Bond, Michael Jackson) and gained notoriety for hosting a number of musical acts. 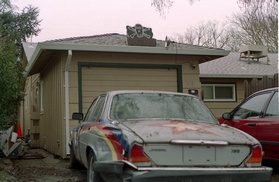 It was originally located at 748 Mulberry Ln. and went by the name the Filthy Whore. The Filthy Whore has now become the SOS ski house and goes by Crashpad. Unfortunately, after a number of noise violations and graduating housemates, the Filthy Whore was forced to hoist its anchor and move to a new location in 2005. This new locale was at 616 Anderson Rd. (not too far from their old location). The ship's new location featured a swimming pool and other high-class luxuries (such as an outdoor bar) only afforded to high society playboys like the pirates.

This second location had been a show house in the late '80s (under different ownership, of course), and bands such as the Replacements, Violent Femmes, Meat Puppets, Camper Van Beethoven, Savage Republic, Jeffrey Lee Pierce, and local bands like Thin White Rope, Game Theory, the Avengers, and the Popealopes pla 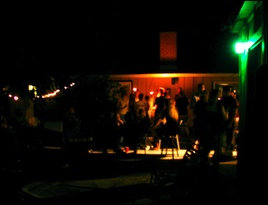 yed there. Thus, the pirates of 2005 started hosting music acts at the house. Unfortunately, the landlord gotten word of the pirates' show website and had heard from the neighbors that the residents were "operating a night club." This resulted in an ultimatum from the landlord and the pirates hence had to agree to no longer host shows or parties. They broke the agreement only on a rare occasion, as a pirate's word is held very highly.

The Pirate Ship as an entity at 616 Anderson closed up shop during moving day, late August 2005. Rob Roy and Lisa Davis, former pirates, then moved to 720 Anderson, home of the famous Bomb Shelter. Despite this fact, 720 is not commonly regarded as a "new" Pirate Ship.

• Pirate Ship Party: Amy and Sharon's Birthday — This was actually the only 'true' party at the 616 Anderson location in 2005. All other events that year were shows. 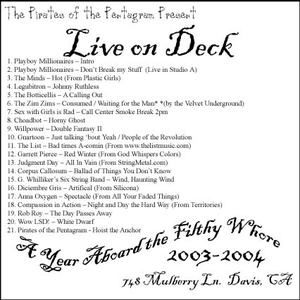 The pirates had this compilation available for $1. It featured live recordings of all the acts that played the house that yea• Andru Bemis

• Casiotone for the Painfully Alone 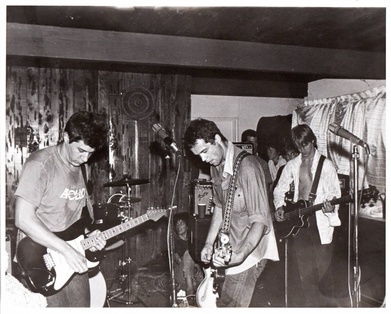 The band Thin White Rope at the Pirate Ship, 616 Anderson, circa 1985• Eat the People

• Sex With Girls Is Rad

• So So Many White White Tigers 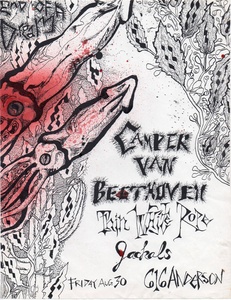 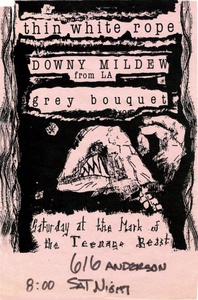 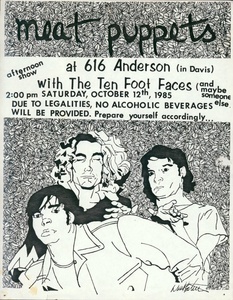 What's this house that looks like a pirate ship on portage bay east? — KenBloom