At the Trudeau Sanatorium in the 1930s, Juanita Hayman (Nita) was a nurse and Ed Worthington was a patient; they fell in love (became "cousins" in the sanatorium slang) and later married and settled in Saranac Lake. Their daughter, Janet Dudones, created three large scapbooks of their photographs, letters and other mementos of their lives together. This is a small sample of that material. More has been used throughout the pages of the wiki; some of those pages are listed at the bottom. 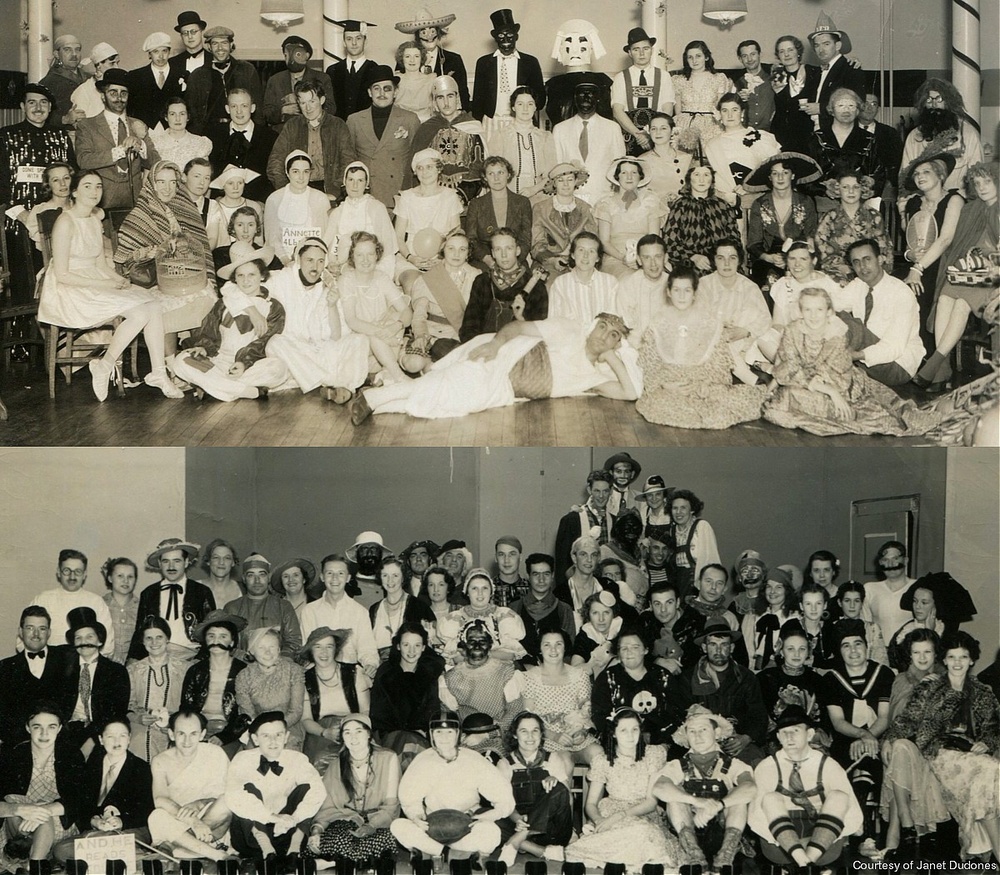 Halloween at the San. Upper photograph: Ed Worthington is seated in the center of the front row; Marie Shay is in the large hat at the far left of the same row, and Gertrude Carmody is directly above her in the dark blouse; above her, to the right, holding a banner reading ANNETT is Winifred Gore; Bertha Tonkola is at the far right in the same row, and Therese Michalek is seated beside her, 2nd from the right, holding a fan. Lower photograph: Nita Hayman is in the front row, right of center, in the long dress, with curls (c. 1935). Left of Nita, dressed as a farmer, is Helen Croke, and, dressed as a Gypsy, Caroline Leonardo. See also Trudeau Sanatorium 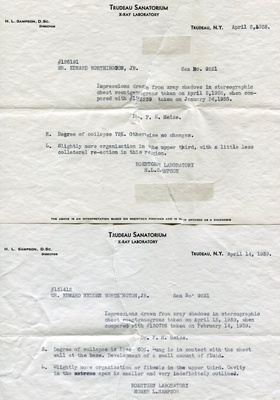 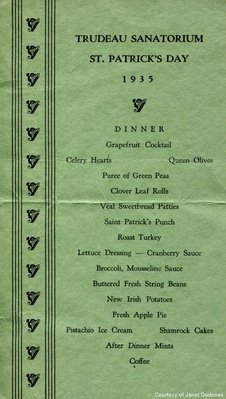 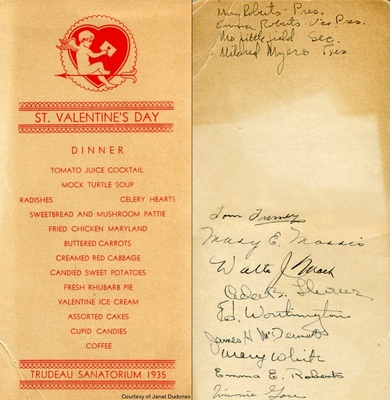 Food was important to the cure: Valentines day dinner menu and reverse, signed by those at the table

Other material from the albums is in: