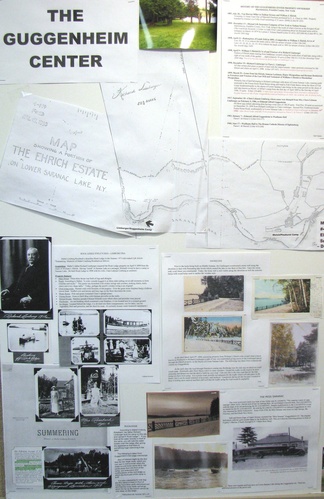 Guggenheim Display, left side, by Liz Bennett, Shown at History Day 2008. Click on the image to enlarge the display 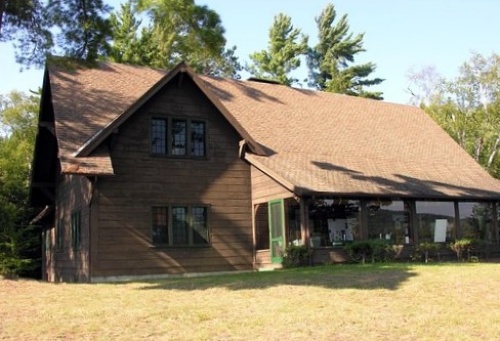 Albert H. Davidson worked for Edmond Guggenheim as a guide. 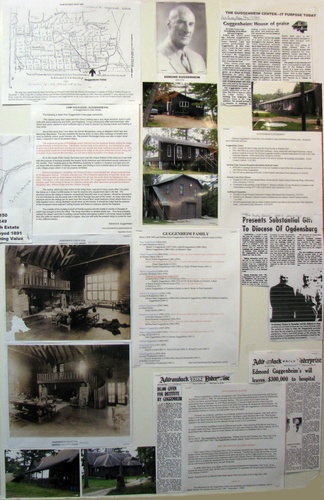 Guggenheim Display, right side, by Liz Bennett, Shown at History Day 2008. Click on the image to enlarge the display 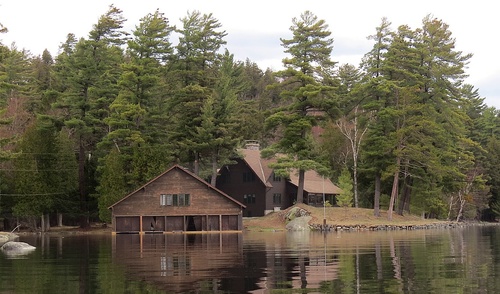 $85000 Donation for Wadhams Hall Institute Will Provide For Language Institute

Ogdensburg — a gift of $85,000 from Mr. Edmond A. Guggenheim of New York City was announced this week by Bishop Smith. Mr, Guggenheim, a former summer resident of Saranac Lake, is making the donation to be used in erecting three buildings for a summer language institute on the property which he has already given to Wadhams Hall on Lower Saranac Lake. The original gift of his summer home “Rockledge” to Wadhams Hall was announced in December 1962.

Mr. Guggenheim is well known in Saranac Lake for his philanthropic works. The language institute will provide the most up-to-date methods of teaching modern languages and will help in preparing those who will serve in the Missions in Latin America. The institute will be under the direction of the faculty of Wadhams Hall. Very Rev. Msgr. Floyd J. Brown is Rector.

The property on which the summer program will be held includes 148 acres of beautiful woodland, bordered by the Forest Home Road and on the West by Fish Creek which flows into Lower Saranac Lake. The land was acquired by Mr. Guggenheim in 1917. It was originally owned by William J. Ehrich and was later occupied | by the Limberg and Morgenthau families. Henry J. Morgenthau Jr., former Secretary of the Treasury, spent his summers there as a youth.

The new buildings will be built on the point at the Lake where the former Morgenthau camp stood. The main building now on the property will be a faculty residence. The new buildings, in rustic style to match the existing buildings, will include a residence for 60 students, a dining hall and kitchen and a separate classroom and seminar building which will also convert into a chapel for daily Mass.

Contracts were awarded recently and work has already begun on the project. The contractors are Frechette Lumber Co. of Tupper Lake, Richard F. Goodrich of Saranac Lake, and Brown and Tenney Electric of Potsdam. Maurice J. Finnegan, Jr. of Syracuse is the Architect. It is expected that work will be completed by early Spring so that the buildings will be ready for use next summer.

A new name for the Institute is to be announced soon.