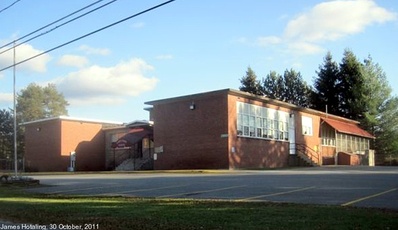 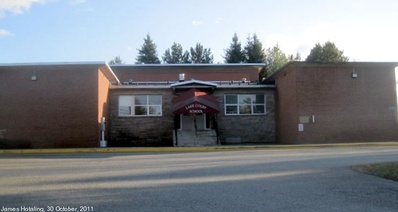 Architect: Arthur Wareham remodeled and expanded the school after the 1945 fire.

Other information: "The Lake Colby Elementary School at Peck's Corners was razed to the ground on Sunday March 18th. The building and most of the equipment was a complete loss from a fire which started in the basement of the building shortly after 10 a.m." From the Lion's Roar, Volume 2, No. 1, dated April 1945, a digest of local news prepared for servicemen away from home during World War II.

After being used for years for kindergarten and pre-first grade classes, Lake Colby School was closed in 2011, on a vote by the Board of Education in January. The district rented it to a day care center.

The Tendercare Tot Center's Lake Colby facility, located in the former Lake Colby Elementary School building, is scheduled to close on March 1, 2013, reported the Adirondack Daily Enterprise on February 23. The school district, which still owns the building, will look for another tenant.