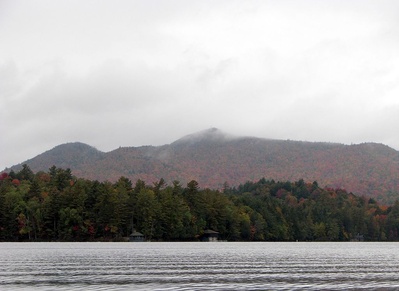 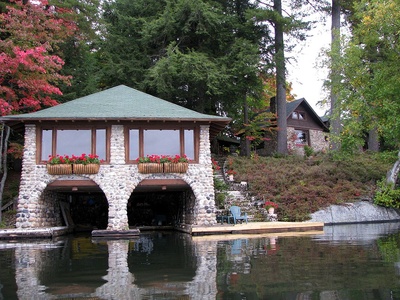 A "Camp" on Spitfire Lake Two hundred and fifty-acre Spitfire Lake is a part of the St. Regis River in the Adirondacks. Along with Upper and Lower St. Regis Lake, it became famous in the late 19th century as a summer playground of America's power elite, drawn to the area by its scenic beauty and by the rustic charms of Paul Smith's Hotel. It is the site of many grand old summer "cottages" and Great Camps; Frederick W. Vanderbilt, Anson Phelps Stokes and Whitelaw Reid were among the summer residents. "The camps of many of these families began as tent colonies, with separate units for sleeping, dining, games, and so on, and evolved into permanent structures built with understated taste." 1 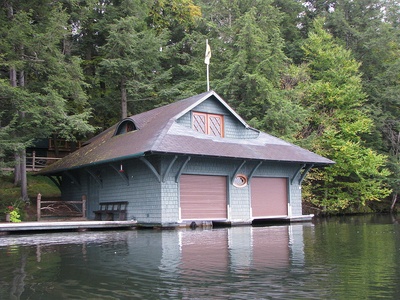 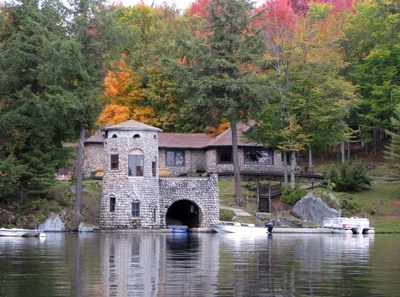 The finest camp on Spitfire is owned by Mr. S. T. Drake, the Game Commissioner. This is situated on the northwest shore of the lake, and consists of a series of buildings connected by verandahs; the interior of which are decorated with woodland and hunting scenes and the heads and skins of game.

A Plattsburgh University student, Glenn Peoples, hunting in the Tongue Peninsula-Spitfire Lake area Sunday afternoon, be came separated from his party and was found by the Saranac Lake Forest Ranger, Frank Dorchak, and volunteers at 9:15 that evening.

When Peoples did not show up at nightfall, Art Fleury, his hunting partner, and Bill Hall of Paul Smiths began searching the log roads and area where he was last seen.