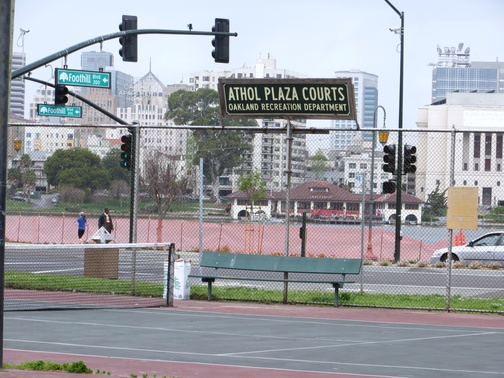 Athol Plaza Courts are public tennis courts which are part of the Oakland Recreation Department.  There is also a small park with benches, trees and grass next to the tennis courts. Located on the east side of Lake Merritt in the Merritt/Eastlake neighborhood, this is a nice park to sit in on a day when the geese have not made it impassable. As it's right by Merritt Bakery, you can even get a coffee and pastry and relax in the park. There is an added bonus of a couple of redwoods (see photo below!) 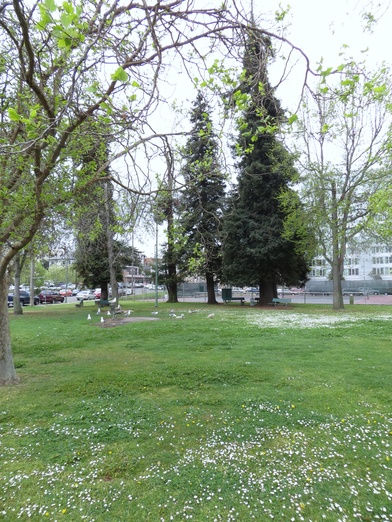