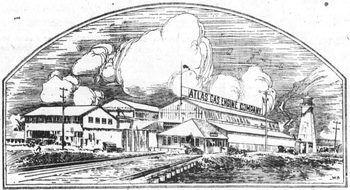 The company was started in San Francisco in 1903 by John W. Lorimer and Axel Warenskjold; like many other companies, they moved to Oakland after the 1906 Earthquake. 2,9 In 1907, they were employing 98 men, working on a huge dredger. 5

At the end of 1911 they began expanding to a location at the foot of 19th and 20th Avenue. 4 They worked on a number of craft along with Cryer & Sons Boatyard including the 52' towboat M. Matsumoto. 6,7 The president in 1911 was Axel Warenskjold, and L.A. Moberry the manager. 4

Considered one of the most serviceable diesel engines ever built, many of the engines which were built in the 1920s were still in operation in 30 years later, and a few are still serviceable today (2020). Atlas Imperial was acquired by National Supply Company in 1950 and the Oakland factory was closed soon thereafter, but Atlas Diesels were manufactured up to 1957 at which point the National Supply Company sold their diesel engine division to White Motor Company and was renamed as White Diesel Engine Division. 11,12,13,14 When the factory closed, the adjacent California Foundries company, which was a major supplier to Atlas, ran into financial difficulties and soon closed their factory. 14 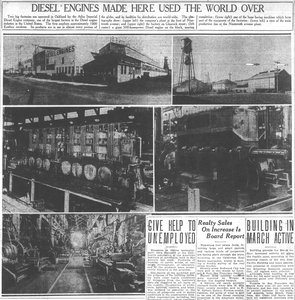 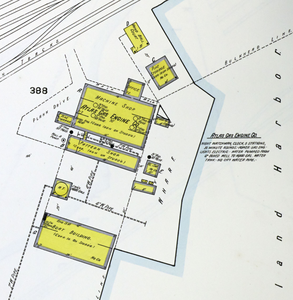 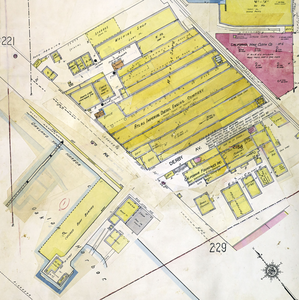 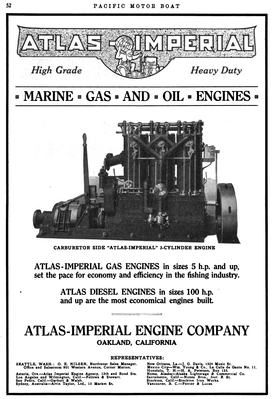 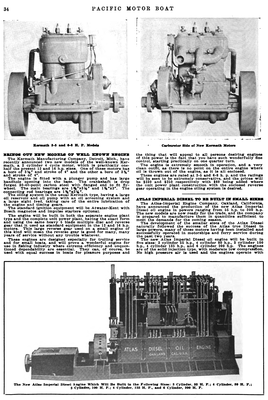 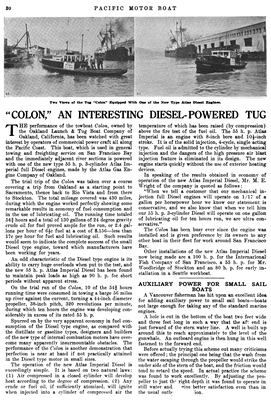