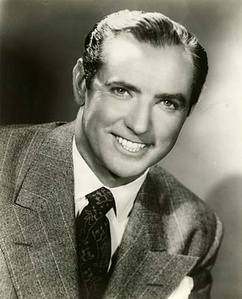 Del was born September 21, 1910 in Oakland. He attended St. Mary’s, University of the Pacific (where he was a fraternity brother of Dave Brubeck) and received a masters in music from U.C. Berkeley.

From 1959–1978, Del was the bandleader for the Oakland Raiders, and is credited with starting the Raiderettes cheerleading squad. 1, 2

Del was married three times and divorced twice, and had no children. His first wife Cornelia Driggs (Courtney) (m.1957–1966) was better known as singer Yvonne King of The King Sisters. She sued for divorce in July, 1966, charging “extreme cruelty.” 5 His second wife Yvonne Marie Antoinette JaMais (m.1966–1972) was better known as singer Connie Haines. His third wife was Nalani (Courtney).

In 1978, Del moved to Honolulu, where he continued to lead bands. He died February 11, 2006 in Hawai’i, and is buried in Holy Sepulchre Cemetery in Hayward.

In 2005, Del Courtney published an autobiography, ”Hey, The Band’s Too Loud!”, with forwards by Dave Brubeck and John Madden.

Recording of “In Our Little Part Of Town” by Del Courtney and his Orchestra: