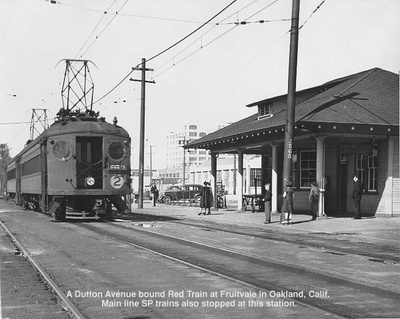 The East Bay Electric Lines (aka Interurban Electric Railway) was the Southern Pacific's (SP) local electric rail service in the East Bay, serving Berkeley, Alameda, Oakland and San Leandro. The large, distinctive red trains led to the system being known as the "Red Cars" or the "Red Trains". The trains were also notable for their large, round pairs of front and rear windows.

SP provided some of the first local rail service in beginning in 1862, using steam trains to take passengers to the ferry pier in West Oakland. When the Key System came into being in 1903, SP had a hard time competing, so they converted their local system to electric power. The service was called the East Bay Electric Lines and began operation in 1905. SP was able to directly transfer passengers to its heavy passenger trains the historic 16th Street Station beginning in 1912. Initially the trains were all at ground level, but soon they added a trestle and moved the lighter local trains to the upper level.

In 1938, in anticipation of service over the Bay Bridge, the service was renamed the Interurban Electric Railway. Unfortunately, buses and automobiles had already been able to use the bridge since 1936 and had a head start, and the IER was still competing with the Key System, too. The Interurban Electric Railway ceased operations in July, 1941. Ironically, if they'd been able to hang on a little longer, they might have survived past WWII, as the war led to rationing of fuel, rubber and other materials and temporarily blunted the rapid expansion of automobile usage in the U.S. 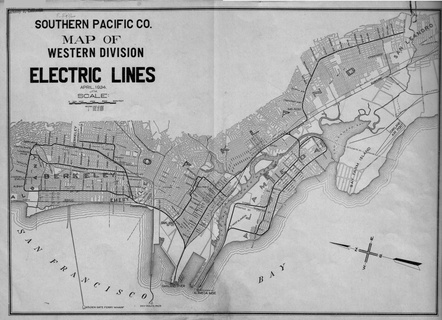 IER system map, circa 1924
image courtesy of Bay Area Rails: Then and Now 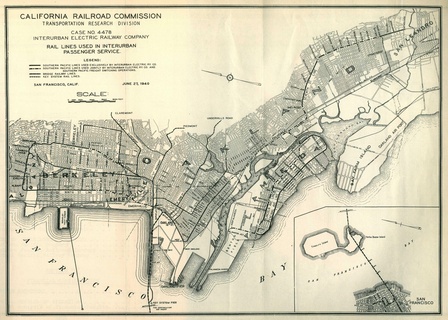 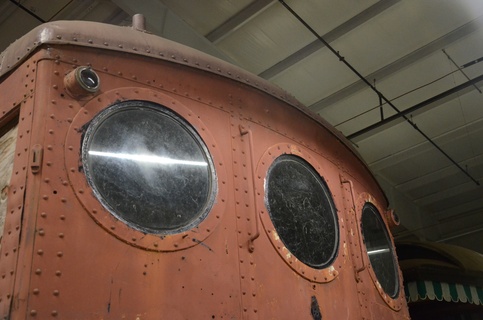