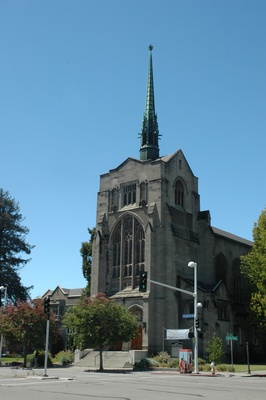 The building is a large English Gothic structure designed by William C. Hays and completed in 1914. Its huge organ has over 4,000 pipes, the largest of which are 32 feet tall. 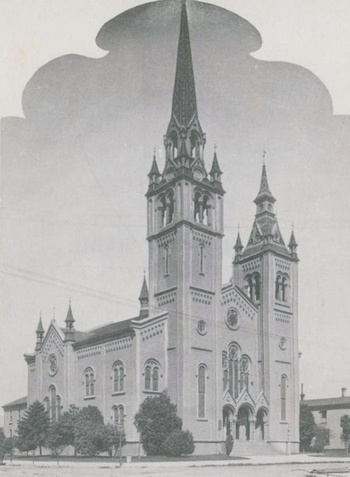 First Presbyterian Church (1892) 1First Presbyterian was the first congregation in Oakland in 1853, and started small, meeting in a tent near the waterfront. Later that year they met in a schoolhouse owned by Horace Carpentier, and the Rev. Samuel B. Bell conducted the first communion service to a congregation of 13 people. The church was organized by Rev. Edward B. Walsworth. The first church building was at 6th and Harrison. Circa 1876 the church was on the northeast corner of 14th and Franklin Streets. 2

The Rev. Laurentine Hamilton was pastor from 1865-1869, when he was forced to resign his ordination for heresy. Much of the congregation left with him to form the First Independent Presbyterian Church, later the First Unitarian Church of Oakland.

They moved a number of times before constructing the present building on Broadway, which was completed in 1914. The original plans for the building included a taller steeple, but some members of the congregation felt they were spending too much on the building and not enough on their missions, so a smaller steeple was built instead. 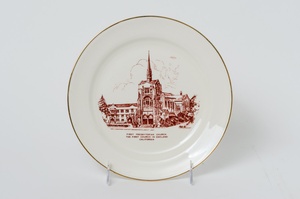 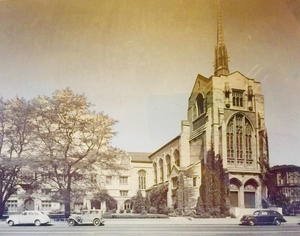 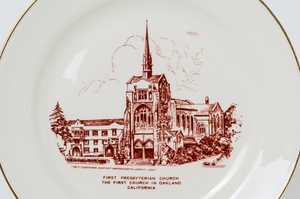 When the current building was originally constructed, 27th Street did not connect between Broadway and Telegraph Avenue, so the church was usually described as being at the intersection of 26th and Broadway. Note the house that formerly existed north of the church, as shown in the circa 1940s photo posted in the Oakland History group on Facebook.

Members of the congregation have included: 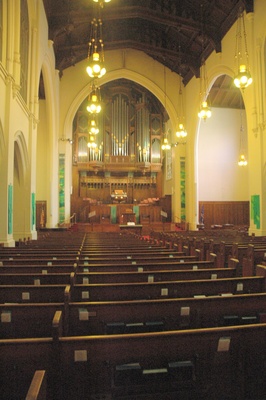 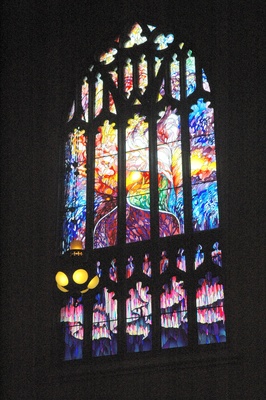 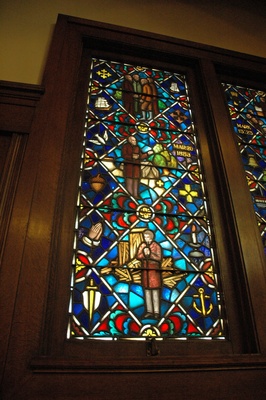