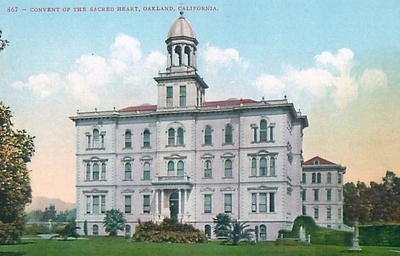 Holy Names University began in 1868 as the Convent of Our Lady of the Sacred Heart, when a half-dozen Sisters of the Holy Names, a teaching order from Montreal, Canada, accepted an invitation to come to Oakland to establish a school for girls, and train future teachers (a so-called “normal” school). Originally, the convent was located on the shores of Lake Merritt, which in the 1860s was considered to be “far in the country, wild and brush covered, a thicket for rabbits and quail.” Today, the Kaiser Center stands on the site of the original school.

The distinctive building appears to have been constructed in 1873. 2

By 1909, post-secondary level classes were being offered, and the school was renamed the College of the Holy Names. In 1956 the Sisters sold the Lake Merritt site to the Kaiser Corporation and moved to the current location at 3500 Mountain Boulevard, in the Oakland Hills. The old location was demolished in 1957. 3 The college became co-ed in 1971, and became a university in 2004.

In December 2022, it was announced they would be closing after the spring 2023 semester. 4 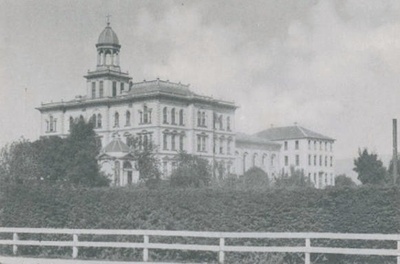 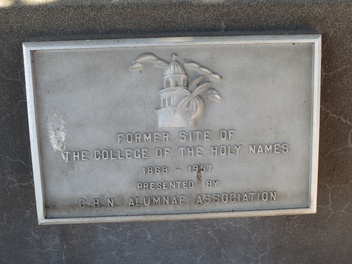 plaque at former site
photo from Our Oakland 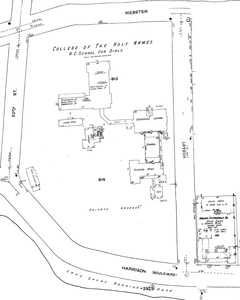 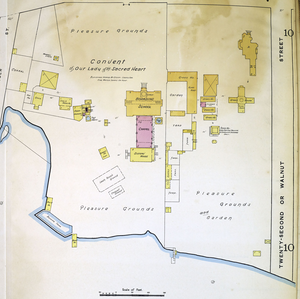