Idora Park (c. 1903 – 1929) was an amusement park in North Oakland located on 17½ acres bordered by Telegraph and Shattuck Avenues, between 56th and 58th Streets.

Built by Smith and Havens’ Realty Syndicate to encourage streetcar use, as well as boost real estate sales, the park began as a rural getaway – being at first little more than a scenic picnic spot at the end of a trolley line. However, as attractions (such as roller coasters, a zoo, a skating rink, an amphitheater and an opera house) came to be added, the place was enclosed by a wrought-iron fence, admission was charged (10¢) and it gradually turned into what many called the East Bay’s finest amusement park. 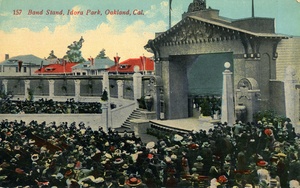 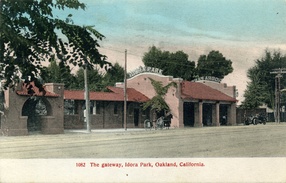 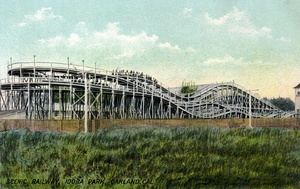 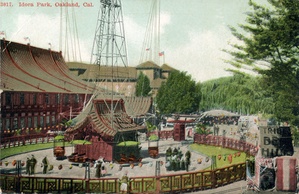 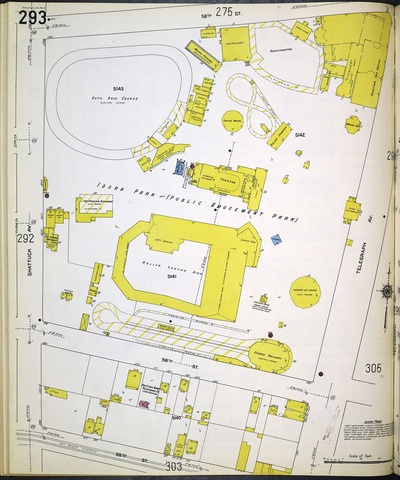 After the great 1906 earthquake, several thousand San Franciscan refugees camped at Idora; the Realty Syndicate provided food and relief supplies. Later (possibly due to its reportedly having one of the very first PA systems in existence), Idora came to serve as a sort of ad-hoc community center, the site of various scientific demonstrations, revival meetings, vaudeville shows, chatauquas and political rallies.

Idora Park closed and was torn down in 1929, victim of a double whammy: the Great Depression, and the decline of streetcars (in other words, the rise of the automobile). In its place was built a charming tract of storybook homes, with – some claim – the first undergrounded utilities in the West (LA may dispute this).

…If you’re interested in Idora Park, you may be interested to learn more about Badger’s Park, another historic amusement park of Oakland.