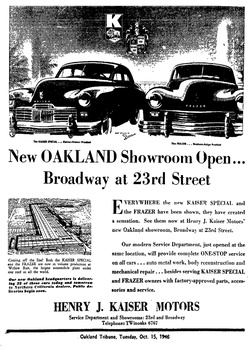 During World War II, the automobile industry was essentially stagnant, since resources and factories that would otherwise be used to manufacture automobiles were instead used to make tanks, planes, and other military materials. Henry J. Kaiser recognized a potential moneymaking opportunity due to pent up consumer demand, and he partnered with automotive veteran Joseph Frazer to create the Kaiser-Frazer Corporation on July 25, 1945, using Ford’s former Willow Run bomber plant in Michigan as its main manufacturing plant. Kaiser-Frazer sold cars under both the Kaiser and Frazer brand names.

There were are least four Kaiser-Frazer dealerships in Oakland. The first dealership of the young company was opened in October of 1946 at 23rd and Broadway, in a building that later was a Dodge dealership, and is now Drake's Dealership. This remained the company's main Oakland showroom the nine short years of the company's existence.

In 1947, Kaiser-Frazer opened a unique (and apparently short-lived) turntable showroom at the southeast corner of MacArthur Boulevard (technically West MacArthur Blvd., but the ads ignore this distinction) and Broadway, adjacent to the Andrew Williams Store. The showroom had room for a single car on the turntable inside the building, and another car on the roof. It is not clear whether they actually sold any vehicles from this location, or if it was just designed to attract attention and passersby. Newspaper ads described the showroom as being at the "Andrew Williams Corner." Dorothea Lange is credited with a photograph showing the new '52 Virginian atop and inside this showroom -- but the information associated with the photograph also erroneously states that it was taken at "Broadway Ave." [sic] and 27th Street. Since 27th Street between Telegraph and Broadway was not completed until 1956, that is obviously incorrect. 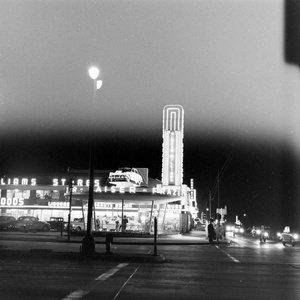 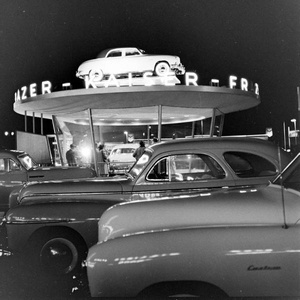 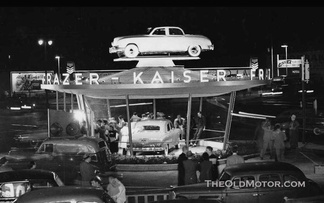 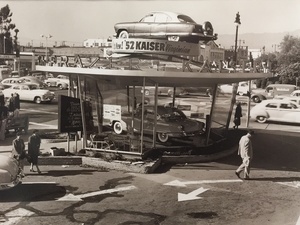 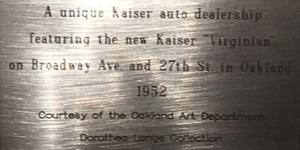 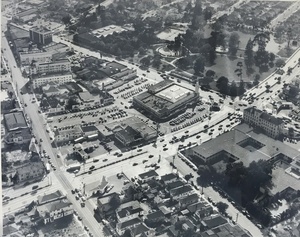 A third dealership was Melrose Auto Sales at 4431 East 14th St., East Oakland, and the fourth Oakland location was at 2600 Broadway. 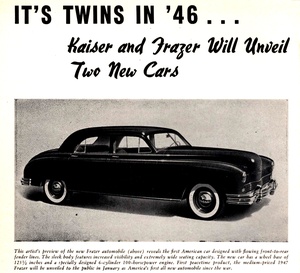 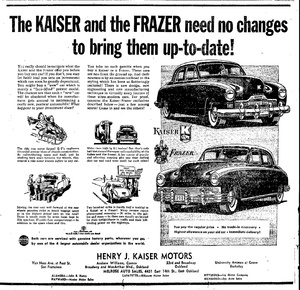 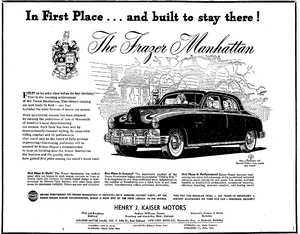