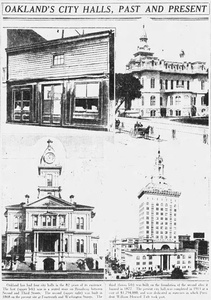 1934 retrospective (note that it leaves out City Hall #2)  1Before the current (fifth) City Hall which was completed in 1913, Oakland had four other City Halls throughout its history.

First City Hall (1852-1867): Oakland's first city hall was a rented building on the east side of Broadway between 3rd and 4th Streets. Note that the building to the left of the City Hall storefront in this photograph still stands at the corner of Broadway and 4th Street. 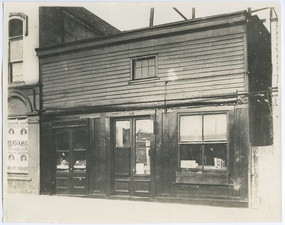 Second City Hall (1867-1871): Oakland's second city hall was in rented space in a building known as Shattuck Hall, which stood at the southwest corner of Broadway and 8th Street. 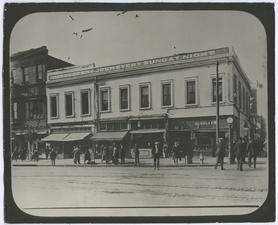 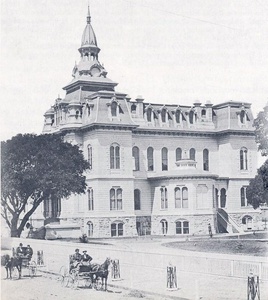 Fourth City Hall (1879-1913): The fourth city hall, designed by A. L. and Thomas Dean Newsom, was built at the same location as the third. It remained standing next to the current City Hall during the construction of the latter. It was torn down in 1913. 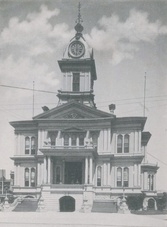 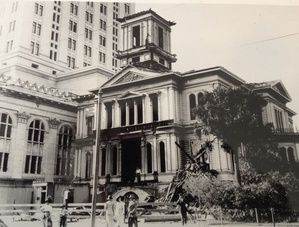 The fourth city hall, standing directly in front of the fifth and current city hall, being demolished in 1913.