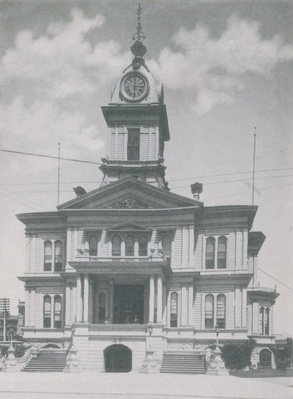 This building was a Second Empire/Classically-styled building, had a small tower with a large clock at each of the four sides, was rebuilt for $25,000. It was designed by A. L. and T. D. Newsom, but there was disagreement (at least from Dargie of the Tribune) about the choice. 3,4 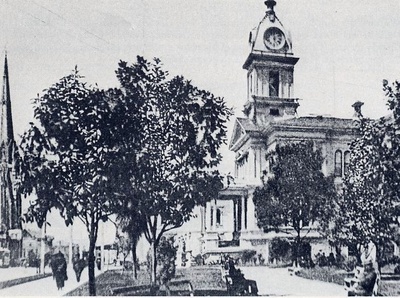 Although this was the second City Hall to be owned by the City, it was the fourth building to be so used. More information is on this page: Oakland City Halls (Historic). 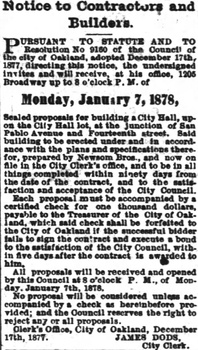