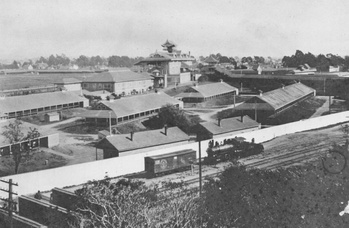 The Oakland Trotting Park, built by Edward Wiard in 1871 next to Wiard's Shell Mound Park, was originally in unincorporated Alameda County, located north of Emery Tract and west of San Pablo Avenue. When Emeryville was incorporated on December 2, 1896, the racetrack fell within the border of the newly created town. (The nearby neighborhoods would not become part of the City of Oakland until an 1897 annexation vote.) The mile long racetrack featured both thoroughbred and harness horse racing, and at the time, wagering on the races was legal. 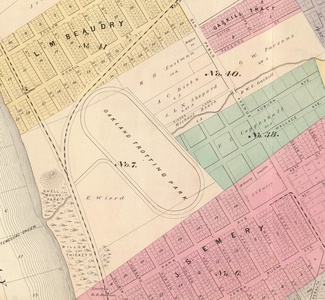 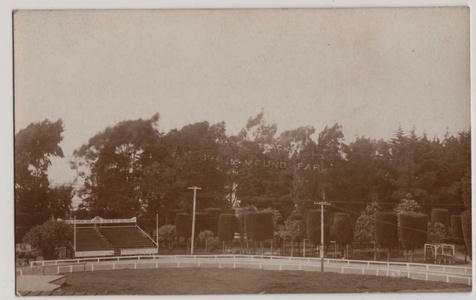 Surrounding the track were elegant grandstands, and beyond that extensive stables extended from Park Avenue to Powell Street.

Temescal Creek was re-routed through an underground culvert below the racetrack.

During a visit to Oakland on October 25, 1879 President Ulysses S. Grant was at the finish line when the legendary horse St. Julien broke the one-mile trotting record.

The Oakland Trotting Park was renamed the New California Jockey Club in 1896 following a complete renovation.

After horse racing ended in 1911, the track was used for a few years motorcar racing as well as airplane racing and aerial acrobatics.

Demolition began in 1915, but the remaining structures caught fire and burned to the ground before the job had been completed.

Today on the site of the former racetrack stands an industrial park. The area includes most of the land occupied today by the Pixar and Novartis corporate campuses.