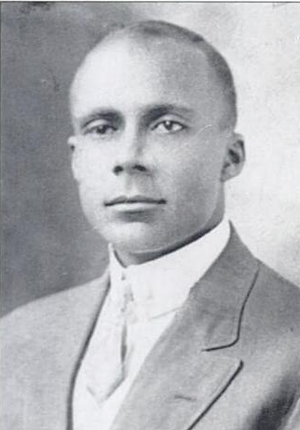 After earning a medical degree in 1915 from Meharry Medical College in Nashville, Tenn., he practiced medicine at hospitals in Houston and Fresno, Calif., before settling in Oakland. 1

NOT SURE WHERE YOU THIS GO

"Last Sunday afternoon was a history making day for the colored people of the city of Oakland, when their new modern fireproof hospital was opened to the public for inspection. It is located on Harlan street and contains 22 beds. The plans are in accordance to specifications required by the city of Oakland for such structures. It is a concrete building with every modern equipment and with hardwood floors throughout."

In addition to operating the hospital, Dr. Watts penned a column How to Keep Well for the Oakland African American newspaper Western American. Watts also practiced medicine at his office located at 1191 - 36th Street. 1

Dr. Watts' time in Oakland was cut short in 1928 by the death of his brother in Texas.  He returned to Texas to manage—with his older half-brother Dr. James R. Sheppard—the Sheppard-Watts Hospital in Marshall.  The Sheppard-Watts Hospital and Nursing School in Marshall was a three-story brick building serving the African-American community in Marshall. It was located at 606 S. Carter St. in the historic New Town Neighborhood. Watts continued to practice as a physician until his retirement in the late 1960s.4

Through the years, Dr. Watts had assisted in the continuation of his home church, then called Mount Pilgrim CME Church in Lodi.

He became its pastor in 1976 and served until his death in 1980.  During these years, the church voted to change its name to Watts Chapel Methodist Church.4

William Watts was married; his wife's name was Maggie and she was active in community organizations. 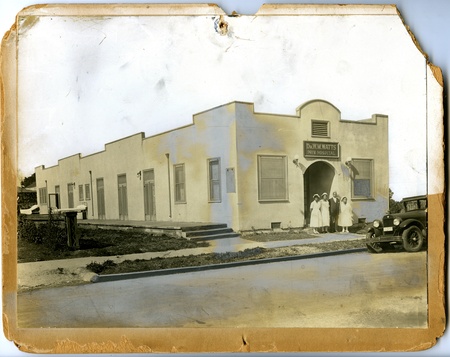 In searching for Dr. Watts' obituary in Texas for birth/death information, there is the following from the Marshall Public Library:

"[Sheppard-Watts Hospital and Nursing School in Marshall] A three-story brick building was the Sheppard-Watts Hospital and Nursing School which served the African-American community in Marshall. It was located at 606 S. Carter St. in the historic New Town Neighborhood. The hospital was constructed in 1925 by Dr. James R. Sheppard. It was later purchased and renovated by Dr. William Watts." 4

1930 census data shows William (45; physician) and Maggie U. (39) owning a home and living on Harlitan Road in Harrison County, Texas. This would make Maggie's birth approximately 1891.

Don't know where to put the sentence about Highland Hosp.  I found the article from March 1926 by Delilah Beasley.  I based most of this on the guide to the Watts Papers and the recent 2018 article.  Don't know if we need the link to Blacks in Oakland: 1852 - 1987 anymore?   He had 3 wives don't know if you want to add them or where.?   Should there be a map since this is really about his time here and the hospital?  I guess a link to the picture of the hospital should be included.   Hope I got the links numbered correctly.   I also clipped other articles at Newspaper.com

I tried and ready to stop thinking about Dr. Watts.