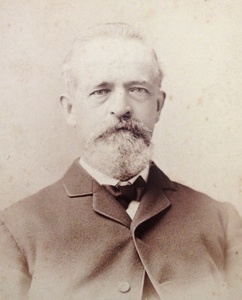 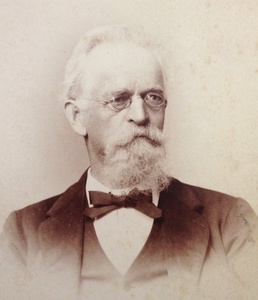 Snook came to California in 1849 and was a member of the "vigilance committee" which tried to help keep order in San Francisco's wild early days. 4

Snook was in the plumbing business, running William S. Snook & Sons (later & Son). The firm is listed in the Plumbers Trade Journal in 1905 as having landed several large jobs in San Francisco. 3 William's brother George A. Snook of San Francisco was also in the plumbing business. He committed suicide in 1901 by filling his pockets with rocks and jumping into the bay. 6

WS Snook & Sons did the plumbing work on the YMCA building at 21st and Telegraph when it was constructed in 1909-1910. 7 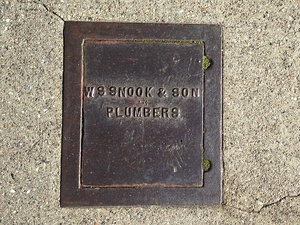 Snook was a Freemason, a member of Alcatraz Lodge, No. 244. William was first appointed to the newly created Board of Education, then elected. He served on the school board in 1866, 1 something Charles would do several decades later.

Snook died in Berkeley on December 7, 1911, and is buried in plot 12 in Mountain View Cemetery. 4