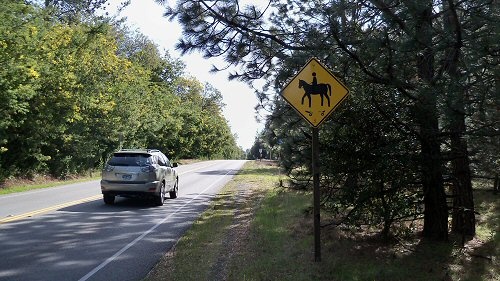 The only areas on Graham Hill Road that is bike-friendly is in the town of Felton where there are bike lanes.   One other area is along side the Graham Hill horse show grounds, where there is a bike path that runs from Henry Cowell Drive to just past Treetop Drive.   On the rest of the route, there is no shoulders and you will be riding in the traffic lane.

Who was Graham and isn't this purported to be the first highway in California?

According to Wikipedia, Isaac Graham built at least part of Graham Hill Road in 1851 to transport his timber to the coast for shipment.