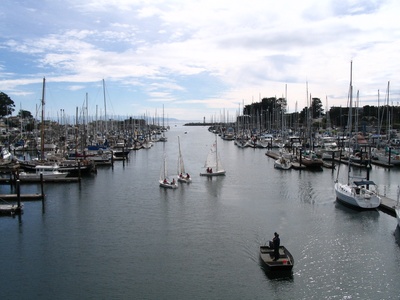 The harbor was created, by converting Woods Lagoon in 1963. The Army Corps of Engineers made the breakwater and the county developed the port facility. The Army Corps of Engineers considers it "Santa Cruz Small Craft Harbor," the name as it appears on road maps (the AAA maps as one example) and many nautical maps. Most businesses in the area list their address as "Santa Cruz Yacht Harbor." It is also known as "Santa Cruz Harbor." On Google Maps, it is shown as Woods Lagoon. In 1973, the harbor was expanded beyond the bridge to include the rest of the lagoon. Woods Lagoon was named for John Woods, whose property bordered the lagoon. Although the harbor now covers the entire lagoon, Woods Lagoon still appears on some maps. 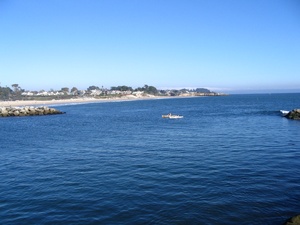 Paddle boaters at the mouth of the harbor 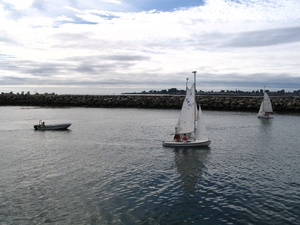 Sailing students at the mouth of the harbor 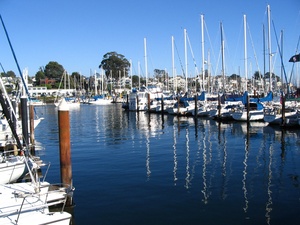 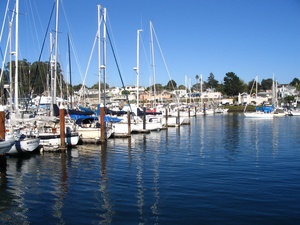 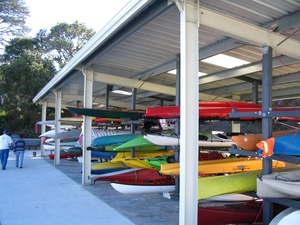 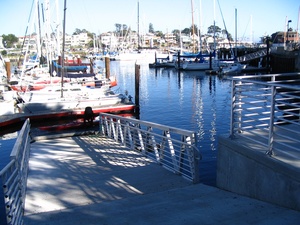 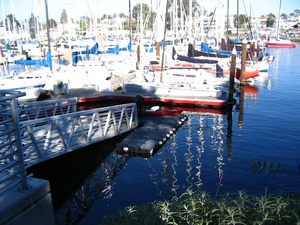 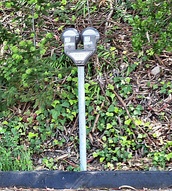 In the upper (north) harbor, guests and visitors are restricted to the metered parking. Parking is enforced 24 hours a day. 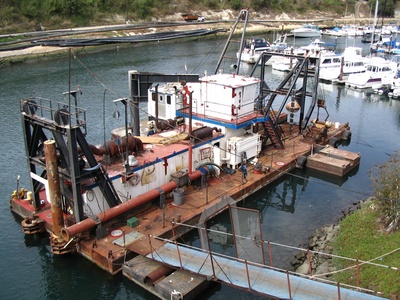