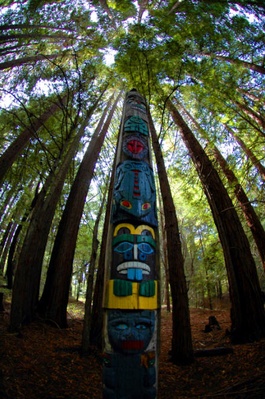 2021-06-08  Hi.  I visited Cat's Cradle and Caer Ellillon today, and I regret to inform you that the totem pole is no longer standing.  It's unclear if it fell naturally or was pushed/climbed or otherwise desecrated.  As someone who remembers it fondly (if sometimes hazily) in both locations, this makes me very sad.